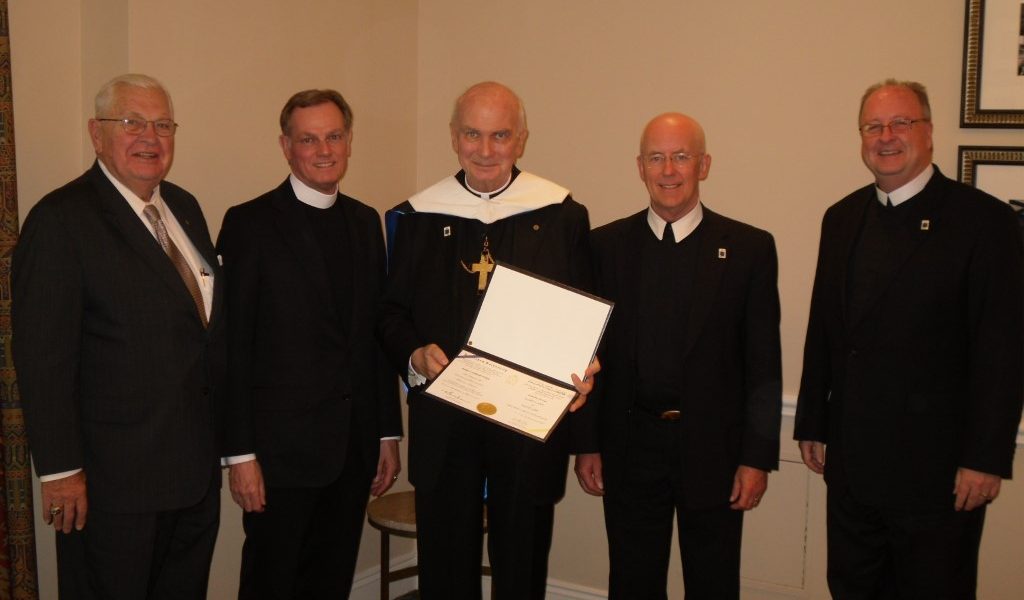 In 2007 His Holiness Pope Benedict XVI appointed Cardinal Foley as the Grand Master of the Equestrian Order of the Holy Sepulchre of Jerusalem, which he led until his resignation due to illness this February. Cardinal Foley has significantly enhanced efforts of the Order in providing for the needs of the Latin Patriarchate of Jerusalem and the various initiatives of the Lieutenancies of the Equestrian Order to support the Christian presence in the Holy Land.

“The commitment of Cardinal Foley to the Church is unsurpassed,” said Br. Peter Bray, Vice Chancellor of Bethlehem University. “His encouragement of pilgrimages to the Holy Land has enabled thousands to deepen their faith in God, through the grace of the Holy Spirit.”

“In his years as Grand Master, Cardinal Foley expanded the Order into new lands and reached record levels of membership,” Br. Bray said. “At the same time he increased support for Bethlehem University, the only Catholic university in the Holy Land, and as well as for many other brother and sister Christian institutions in the Holy Land. Bethlehem University is pleased to be able to award this honorary degree to Cardinal Foley in recognition of his significant support, and the impact of the members of the Equestrian Order, especially in the field of education.”