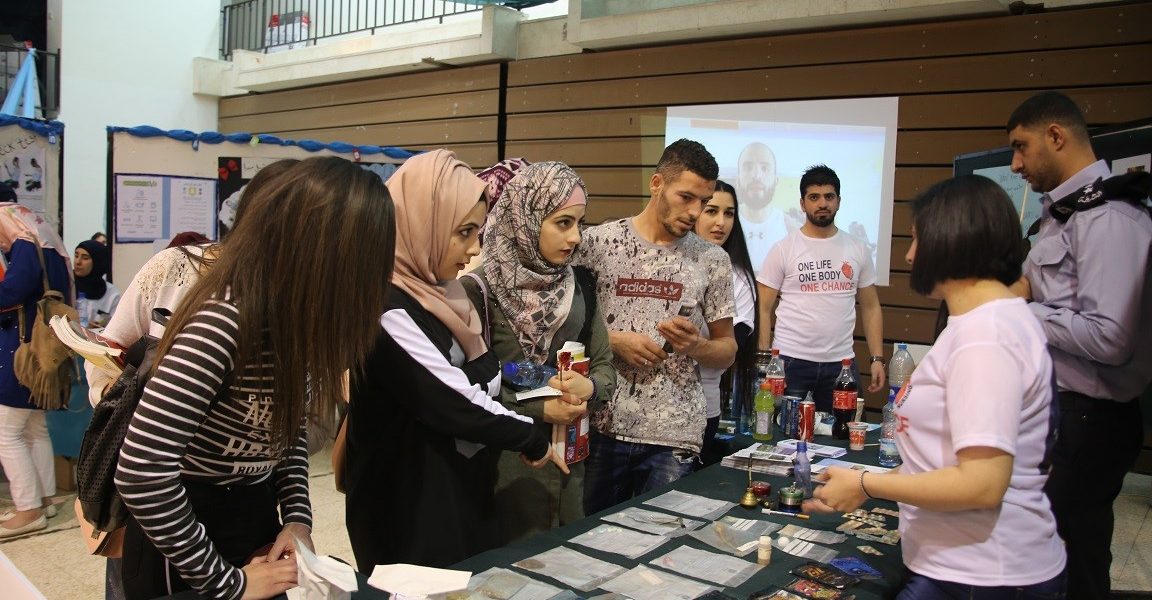 Third year students of the Faculty of Nursing and Health Sciences held two Health Days entitled “Individual Responsibility for Health” at Bethlehem University on the 26th and 27th of March 2018.

During an interview with a Palestinian Police Officer who was on the Drugs booth, he stated that the Anti-Narcotics Department has witnessed an increasing tendency of youth towards misusing drugs.

He added that the most consumed drug is the Hydro Marijuana. It is spread amongst Palestinians and Israelis as well. Until recently, a law was issued in Israel to illegalize it. Nevertheless, people have succeeded in producing an alternative with the same effect; many cases have been admitted to local hospitals as a result of an accidental or intentional overdose.

The following is a video of the event that was shot and edited by Yazan Al Sa’deh, a third year nursing student.