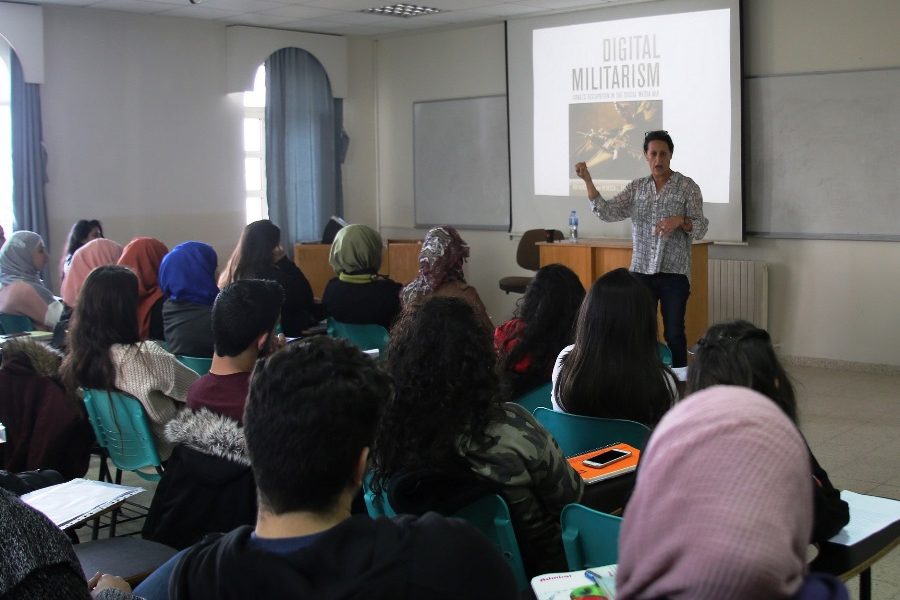 Students, Faculty, and Staff attended the lecture which was on the intersection of new media technologies and the Israeli military occupation.

Dr. Stein’s lecture addressed the question: what can the study of digital media teach us about violence and militarism?

The lecture was both a methodology workshop about visual studies and digital studies, and an introduction to her research about Israeli military culture.