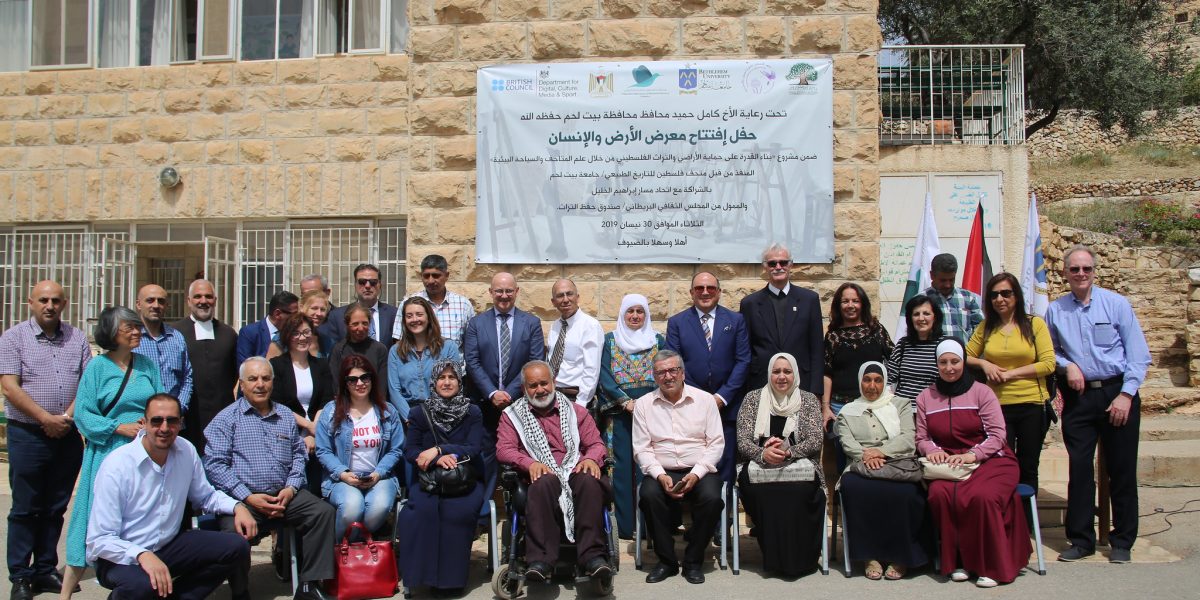 The Palestine Museum of Natural History at Bethlehem University in partnership with Masar Ibrahim Al-Khalil held an opening ceremony of the Ethnography Exhibit under the patronage of Bethlehem Governor, Mr. Kamel Hamid, on Tuesday, 30 April 2019.

Governor Hamid in his speech highlighted the role and reality of cultural heritage in Bethlehem Governorate and about the efforts to protect and preserve it.

Ibrahim Al-Bandak, Project Manager, explained the objectives of the “Building Capacity to protect Palestinian land and Heritage through Museology and Ecotourism” project which includes opening the ethnography exhibit for the cultural and environmental heritage.

Dr. Mazin Qumsiyeh, Director of the Palestine Museum of Natural History, explained the importance of partnering with the other associations like Masar Ibrahim Al-Khalil to study the natural history in Palestine and its preservation.

He also thanked all researchers, staff and volunteers in the Palestine Museum of Natural History for their efforts to achieve the museum’s vision and mission.