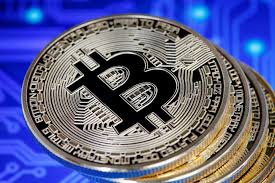 “Many students turned to me showing their interest to know more about new financial and economic trends. Bitcoin represents a great illustration to those who are interested in investing and dealing with risky volatile instruments. I think it is important for our students to watch the performance of bitcoin and learn lessons from it. Below is a brief summary of how did the crypto-currency perform over the course of one year following its all-time high price. All the data and the numbers are up to 17/12/2018.”

Bitcoin was trading around $1,000 in January 2017 and was followed by a series of price increases until it reached its ever high price of $19,783 on 17/12/2017 making 2017 the best year for the cryptocurrncy with gains of over 1800%. Over the course of 2017, bitcoin bounced with strength and its value was sharply rising and going upwards. By October 2017 the cryptocurrency surpassed $5,000 for the first time and started getting more media attention as a result. Many hasty speculators wanted to get into the cycle in expectation of further hikes as many ‘get rich quick’ stories started spreading. Hundreds of thousands of investors around the world were flooding their monies into this bubble over fears of missing out a life changing opportunity. Greediness, love of easy money, short term thinking and aggregate irrationality of poorly informed investors were the main drivers that caused the surge in bitcoin prices over the past two years.

Obviously, according to basic economics and the laws of demand and supply, as demand on something that is scarce increases, so does the price. However, the surge in value was followed by bearish trends in 2018 causing the bitcoin to tumble by thousands of dollars over the course of few days. The real downturn of bitcoins started as soon as some governments imposed clampdowns and restrictions causing demand cuts. Regulations restricting trading cryptos in some Asian countries, like China and South Korea, had substantial effects on prices, as people of these nations were leading the demand prior to the restrictions.

The effect was sharp drops in prices in the first quarter of 2018; bitcoin was down to almost $6,000 by February 6th, 2018. Today (17/12/2018) bitcoin is trading at around $3,200 which is almost 83% lower than its all-time high value. Does that mean Bitcoin is dead? Not necessarily, the bitcoin is still more than triple what it was when 2017 began. Also, the cryptocurrency has recovered from several previous devastating crashes. Also, it is worth noting that a bitcoin remains a bitcoin whether its price is $20,000 or $2, its potential usefulness does not diminish with its price – of course assuming that it is used as a currency and not as an investing tool. The bitcoin story demonstrates an excellent example of financial bubbles that could cause the investments of many people to vanish within few days.

Asset bubbles are caused by rapid escalation of prices that exceed their intrinsic value. Bubbles pop only when no more investors are willing to buy at the asset’s overvalued prices. The problem with such bubbles is that they are hard to spot; otherwise they will not exist in the first place. Investors need to learn from past experiences before investing in such assets. From the very beginning it was clear that bitcoin is extremely volatile, and this indicates that there was no sure bet that bitcoin or any other crypto will soon easily replace US Dollars or any other currency. Also, volatility means risk, therefore curious investors could have diversified their investments to minimize such risks and suffice their curiosity and some of their greediness.