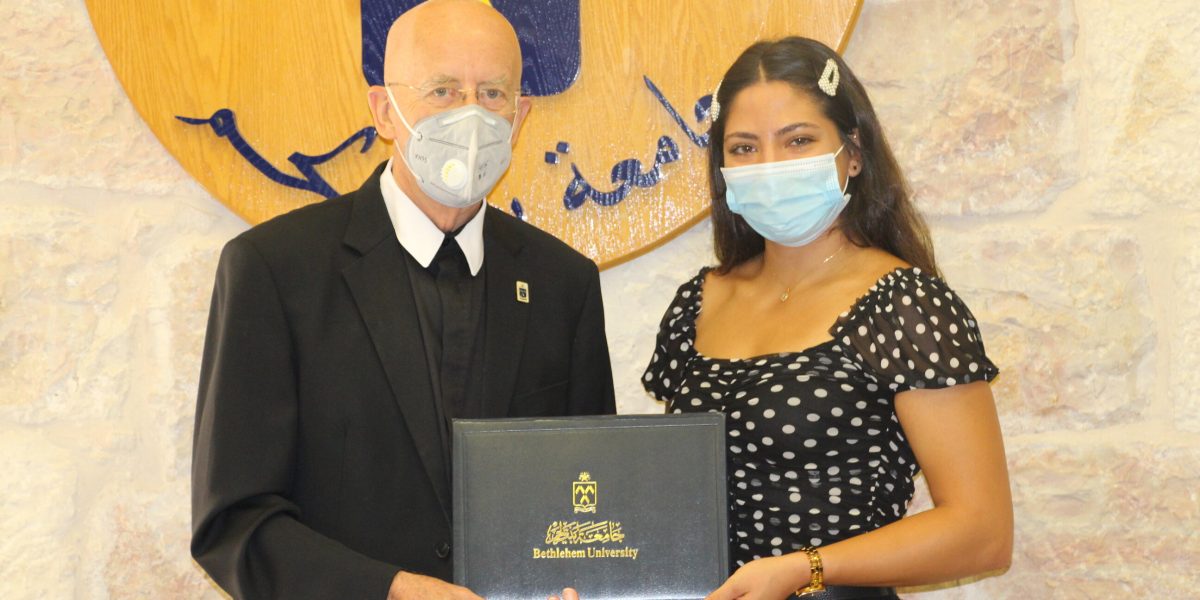 The Vice Chancellor, Br. Peter Bray, opened the ceremony by welcoming Rona’s family, Mr. Hani Abu Dayyeh, and members of the Executive Council.  Br. Peter thanked Mr. Hani Abu Dayyeh whose mother, a prominent person in the tourism industry, wanted to encourage and recognize female students who excel in their studies in hotel management and tourism.

Rona is the second recipient of the award, being a graduate of the Academic Year 2019-2020 with a cumulative GPA of 3,72 in her last semester.

Upon conferring the Certificate on Rona, Br. Peter congratulated her and her family for such an achievement.  He also acknowledged the teachers and staff in the Institute of Hotel Management for the work and support they provide to the students.

On behalf of his mother, Mr. Hani Abu Dayyeh congratulated Rona, then handed over a cheque of $2000 as part of the award.  He talked about his mother’s determination as a woman that helped her become a prominent person in her career.

In turn, Rona thanked Bethlehem University and the Abu Dayyeh family saying she felt honored to receive such an award.  She described her journey at Bethlehem University as an unforgettable experience and expressed sincere thanks to her teachers and to her family for their encouragement and for being such wonderful role models.

Br. Peter brought the ceremony to a close by thanking all the staff involved in organizing the event.