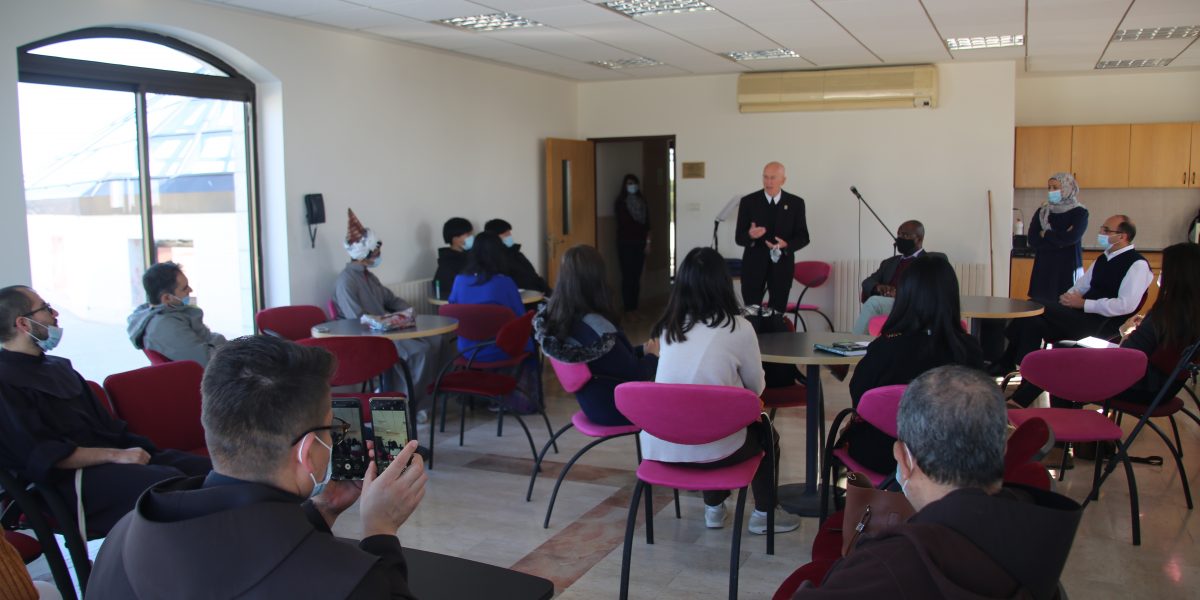 On Monday, 30 November 2020, a graduation ceremony was held at the Bethlehem University Millennium Lounge for foreign students undergoing courses in Arabic Language which are conducted via the Brother Vincent Malham Center.

Students held a play featuring Juha, a satirical Arabic Character who always finds himself in funny and ironic situations. The attendees were passionately laughing as the play unfolded. Yet again, the native Arabic speakers were extremely impressed with the student’s abilities to hold plays and conversations in colloquial Arabic. Students also sang a song in Arabic and one of the students played the violin.