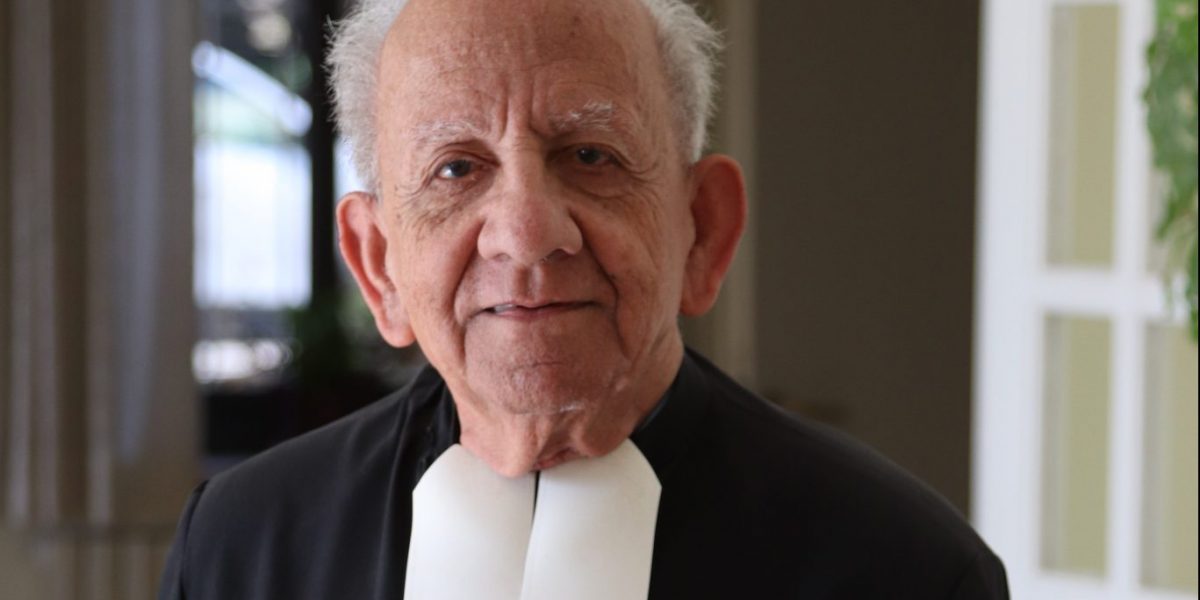 Sitting in the living room of the Brothers’ House on campus, Brother Jean Manuel FSC remembers the day he took his first vows into brotherhood made during a Solemn Mass at what is now called the Chapel of the Divine Child.

“The Chapel’s walls were all whitewashed! There were no icons painted on the walls,” he recalls. Brother Jean spent two years before he took his first vows as a Brother of the Christian Schools at the novitiate of the De La Salle Brothers which was then situated on the future site of Bethlehem University.

“My family came all the way from Lebanon to attend the Mass despite their opposition to me being a Brother at the beginning. I wanted to be a De La Salle Brother to devote my life to teaching children in my native country,” he said.

A Palestinian who fled to Lebanon back in 1948, Brother Jean was sent to study English Language and Literature in Cambridge, UK, after the six-day war in 1967. He also took his Ph.D. in teaching English from New York University in the USA after which he was appointed as the Director of the Frere Schools of Bethlehem and Jerusalem.

In 1971, he was called to be a member of the ad hoc committee that was formed by Monsignor Pio Laghi, the then Apostolic Delegate of the Vatican in Jerusalem, to found a university in Bethlehem. He worked on all the necessary details including finding academic and secretariat staff, and arranging for those Brothers who came to administer the University.

“I was working one night in my room when a Brother came knocking on my door and said they were waiting for me,” Brother Jean recalled.

“I went down the hallway to the underground dining room of our Brothers’ community house in the old city of Jerusalem. Sitting around there with their drinks in their hands were three Brothers; Brendan Fitzgerald, Joseph Neary, and Anthony O’Connor. They invited me to join in. There and then, we drank a toast to the founding of Bethlehem University. And that, my dear, was the informal opening of the University back in 1973.”

In December 2014, an extraordinary planned gift was made from the estate of the late Mario H. Toumayan to honor his cousin Br. Jean Manuel, FSC, and his dedication to Bethlehem University. Thus, the Br. Jean Manuel, FSC Endowed Scholarship for Needy Students was established to support the education of two needy students each academic year in honor of Br. Jean Manuel, FSC.

Endowed scholarships named in honor or in memory of someone, are permanent scholarships as Bethlehem University invests the gifts and uses the pooled interest earned to support the education of needy students each and every year into the future.

This article appeared in the Bethlehem University magazine of Fall 2020 (Volume 28, Issue no. 1, pp. 17) Click here for the latest issue.