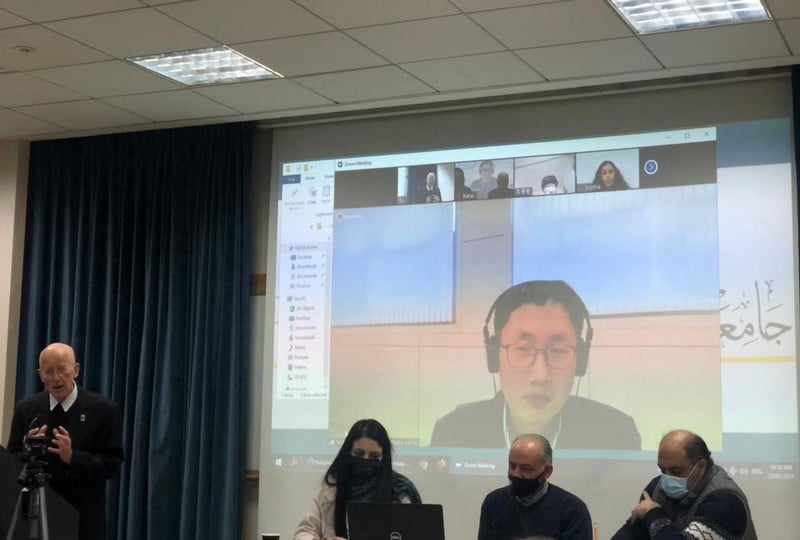 The Institute for Community Partnership (ICP) at Bethlehem University held a session to announce the winners of a competition that was between Palestinian University students and students from Hanshin University in South Korea on Friday, 29 January 2021, through Zoom.

In his opening speech, Brother Peter Bray congratulated the winners and emphasized the importance of such international cooperation with Universities abroad.

The competition was to produce short movies on one of the three themes: Peace, Justice, and Human Rights. The movies reflected the students’ sociopolitical life and the Israeli occupation impact on youth. The participants in the contest were students from Bethlehem University and volunteering youth who were trained by the Joint Advocacy Initiative (JAI), which is a joint program of the East Jerusalem YMCA and YWCA of Palestine.

Five Palestinian and five Korean students won the competition. Winners from Bethlehem University were: Layal Rabadi and Sally Habash who ranked first place in the Justice award and Joyce Hijazin who ranked second place in the Human Rights award.

It should be noted that Bethlehem University recently signed a cooperation agreement with Hanshin University.