Grand Opening of the Biodiversity Center 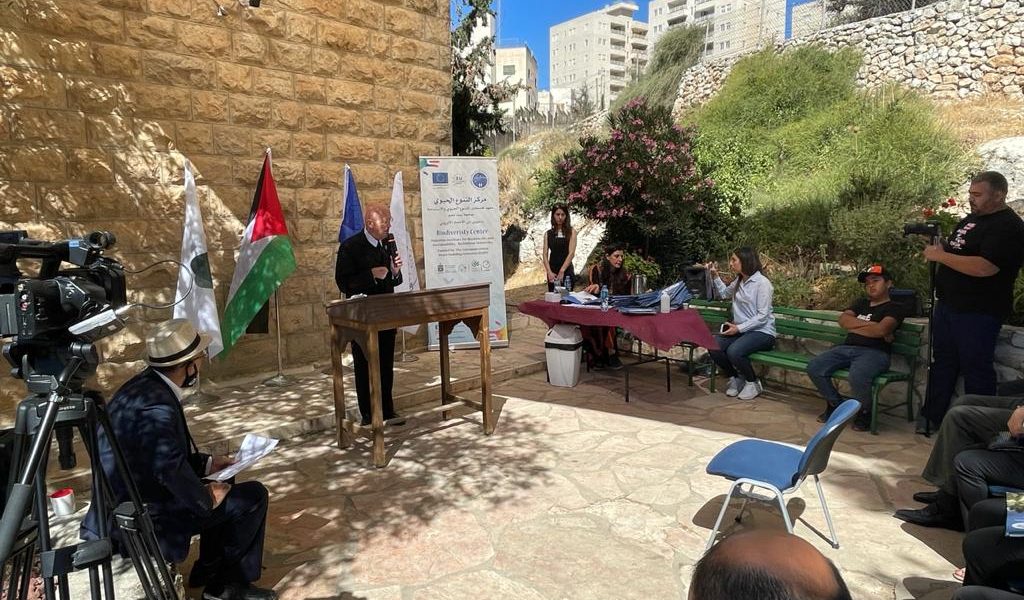 The Institute of Biodiversity and Sustainability at Bethlehem University organized an opening ceremony for the recently established Biodiversity Center on Monday, 21 June 2021, within the Unity and Diversity in Nature and Society project funded by the European Union.

Vice Chancellor Brother Peter Bray expressed his gratitude to the organizers and supporters of this project, especially the EU Peacebuilding Initiative.

The project, which began in January 2020 and aims to increase respect for humans, nature and each other, will continue for a period of three years, ending at the end of 2022.

Prof. Qumsieh thanked the Institute’s staff, the project staff, the partners, the Bethlehem University administration and the European Union for their continuous support.

EU representative Joris Heeren, Head of Governance Section, said “Last year the EU launched the EU’s biodiversity strategy for 2030, which is a comprehensive, ambitious and long-term plan to protect nature and reverse the degradation of ecosystems with an investment of 2.6 billion euros.”

He added we are looking forward also to the opening of the other two centers; the Human Diversity Center in Beit Sahour with PCR and an Education Center near Haifa with the Galilee Society.

The ceremony was also attended by the Palestinian businessman Munib Al-Masri, a friend of the Institute for Biodiversity and Sustainability, who praised the work of Bethlehem University, the institute that provides important services to the Palestinian people.