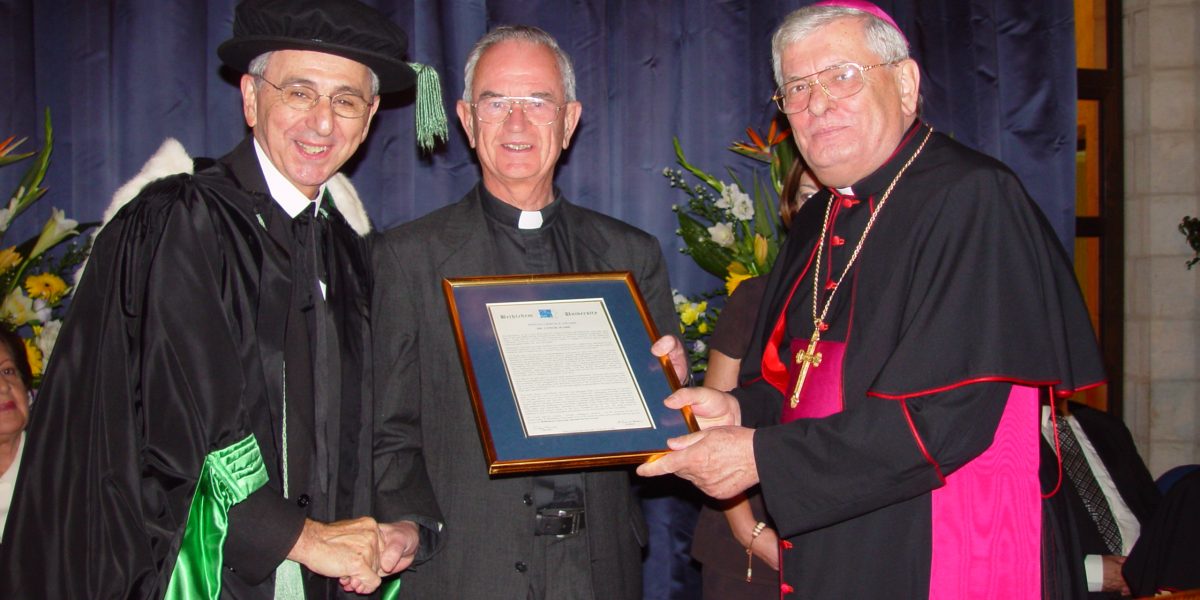 The Bethlehem University community is mourning the death of a longtime friend and supporter Monsignor Conor Ward who passed away peacefully on Sunday, 18 July 2021, in Dublin.

Prof. Msgr. Conor Ward was a founding member of the Friends of Bethlehem University in Ireland and served as its honorary treasurer for many years.

Msgr. Ward association with Bethlehem University goes back to the mid 1980’s when he assisted faculty members to visit Ireland to engage in research. He also visited the University campus many times and sometimes for extended periods of time. He learned to cope with curfews and closures that were imposed on Bethlehem during that time. He supported faculty members both personally and professionally and formed deep personal friendships.

In tribute to Msgr. Ward, St Brigid’s Parish in Cabinteely wrote “throughout the whole of his life, so too he (exemplified) graciousness, courtesy and a wisdom which exuded an inner calm … a gentleman, a scholar and a living witness as a faithful and devoted priest.”