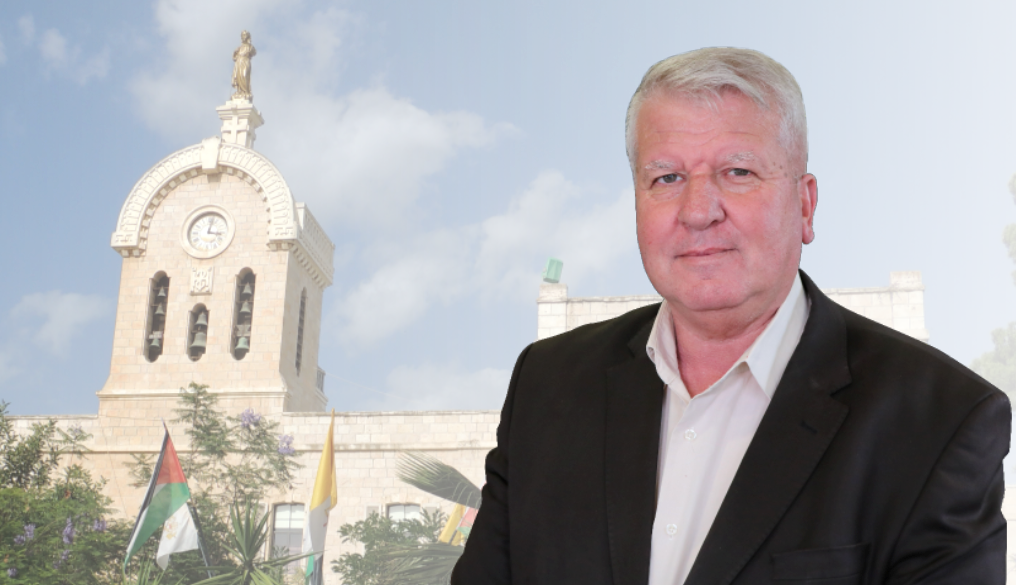 The Bethlehem University community is mourning the death of Dr. Said Ayyad, Chairperson of the Arabic Department, who passed away on Friday, 8 October 2021, at the age of 61.

Vice Chancellor Brother Peter Bray said “Dr. Said Ayyad was greatly appreciated by all at the University and he will be remembered for his graciousness and kindness as well as his faithful dedication and loyalty to Bethlehem University and his students. This made him a beloved friend and colleague to so many throughout the Bethlehem University community who were enriched because of his presence in their lives. He brought professionalism and rich experience and expertise to the work he did here. He will be greatly missed.”

Dean of the Faculty of Arts, Mrs. Hanadi Soudah-Younan, said “ ‘Life seems more sweet that Thou didst live. And men more true that Thou wert one; Nothing is lost that Thou didst give, Nothing destroyed that Thou hast done.’ When I heard of the passing of Dr. Said Ayyad, I thought of this stanza from “Farewell” by Anne Bronte.

Dr. Ayyad has been one of the most professional, ethical, and sincere among the colleagues with whom I had the good fortune to work. He was committed to his calling as a teacher, mentor, and advisor to his students. He was a professional colleague who held himself accountable to his responsibilities and conscience. He always put the good of the mission of Bethlehem University and the department he chaired, the good of the students, and the colleagues at the center of all that he has done.  He will be sorely missed in the faculty of Arts.”

Dr. Ayyad began his employment at Bethlehem University on a part-time basis in 2005; in 2012 he was appointed as a full-time faculty member and Chair of the Arabic Department since 2014.

Dr. Ayyad held a Ph.D. from the University of Muhammad al-Khamis in Morocco. He served as a member of the Palestinian Board of Journalists Syndicate for ten years, and a member of the General Union of Palestinian Writers as well as in the Union of Writers. He also served as General Secretary of the Association of Palestinian Academics. He had published a number of books including the ‘Origins of Media’, ‘The Role of Educational TV Programs in Developing Creativity Capabilities’, and ‘Struggle of Political Thinking.’

Before becoming a full-time faculty member at Bethlehem University, Dr. Ayyad was the Director-General for the News Section at Palestine TV and later became Director-General of TV Programs. He also worked for Reuters.

On behalf of the entire Bethlehem University community, we express our heartfelt condolences to his daughter Ruba Ayyad, our colleague, and the entire family and all who grieve the passing of our beloved, dedicated, and valued colleague, teacher, and friend.