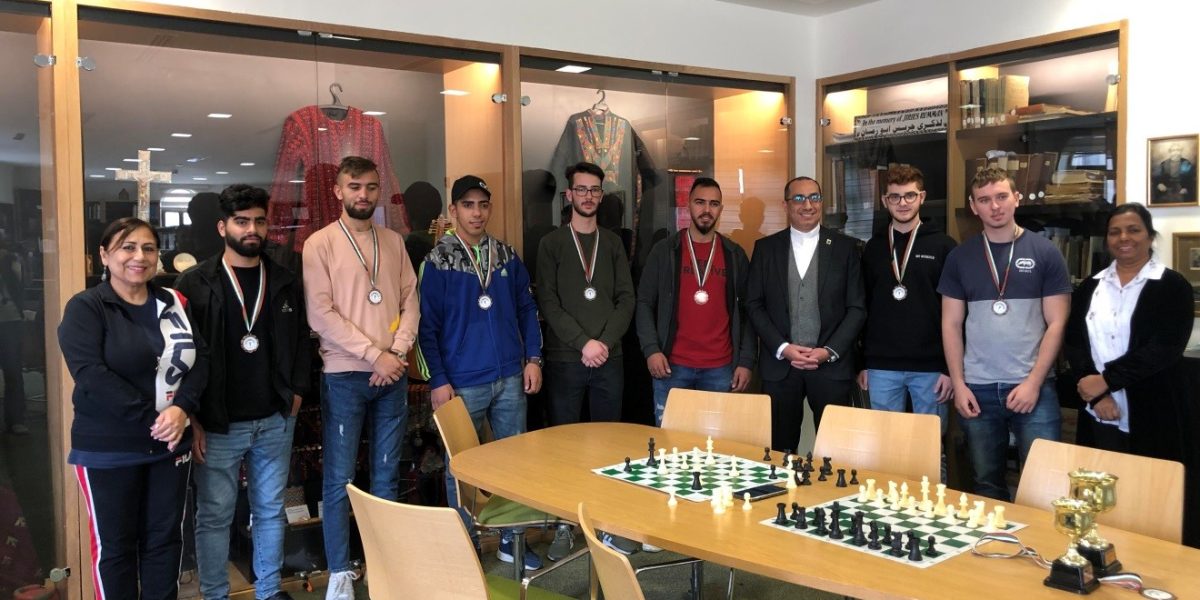 The Athletics Department in cooperation with the Dean of Students Office organized a Chess Championship from Thursday, 4 November 2021, until Thursday, 25 November 2021, at the George Nasra Center for Palestinian Heritage in the University Library.

The Executive Vice President, Rev. Dr. Iyad Twal, gave out trophies to the winners and medals to the participants at the end of the championship.

Twenty Bethlehem University students participated in the Swiss-system tournament. Motaz Abu Alia won first place and Maher Takruri came in second. The final four students who had the highest points and made it to the finals were: Motaz Abu Alia, Maher Takruri, Hamzeh Akram, and Akram Oideh.

We thank the George Nasra Center team for their cooperation, the students who participated, and everyone who helped in making this tournament a successful one.