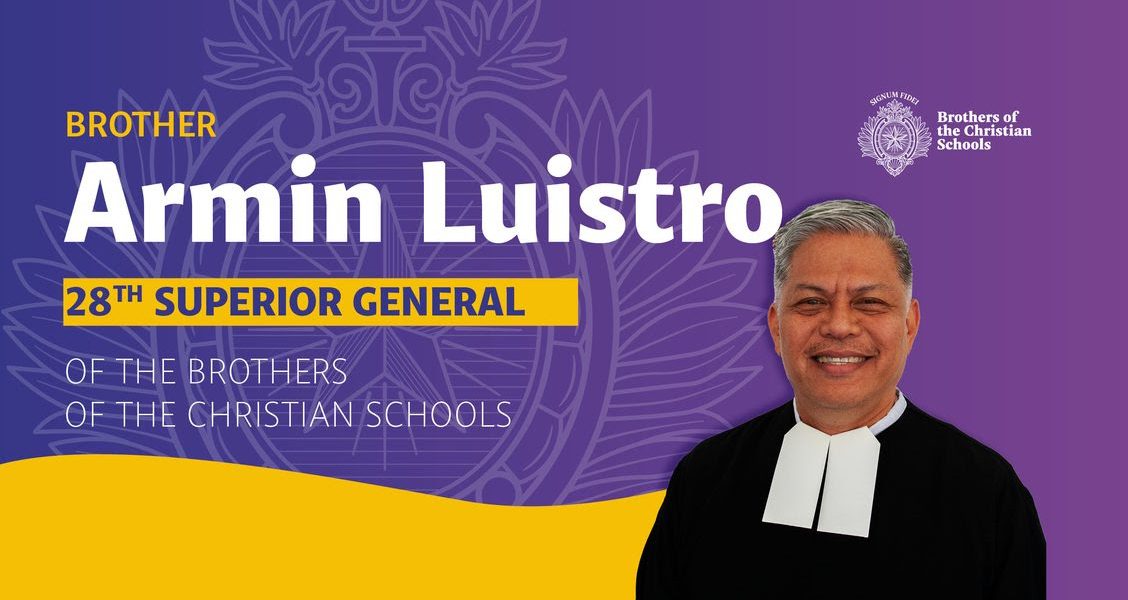 The Vice Chancellor, members of the Board of Trustees, faculty, staff, and students at Bethlehem University extend their warmest congratulations to Brother Armin Luistro, FSC, on being elected as Superior General of the Institute of the Brothers of the Christian Schools.

Brother Armin will be leading the Institute of the Brothers of the Christian Schools also known as De La Salle Brothers, which is the largest order of religious Brothers in the Church dedicated to education.

Brother Armin will be a member of the Bethlehem University Board of Regents.

Brother Armin served as Visitor of the Lasallian District of East Asia (LEAD) since May 2019. Brother Armin brings more than 34 years of experience in both private and public educational sectors. Before being appointed LEAD Visitor, he served as president of De La Salle Philippines, the network of Lasallian schools in the country (2017 – 2019). He also served as secretary of the Department of Education in the Philippines (2010 – 2016) and president of De La Salle University in the Philippines (2004 – 2010).