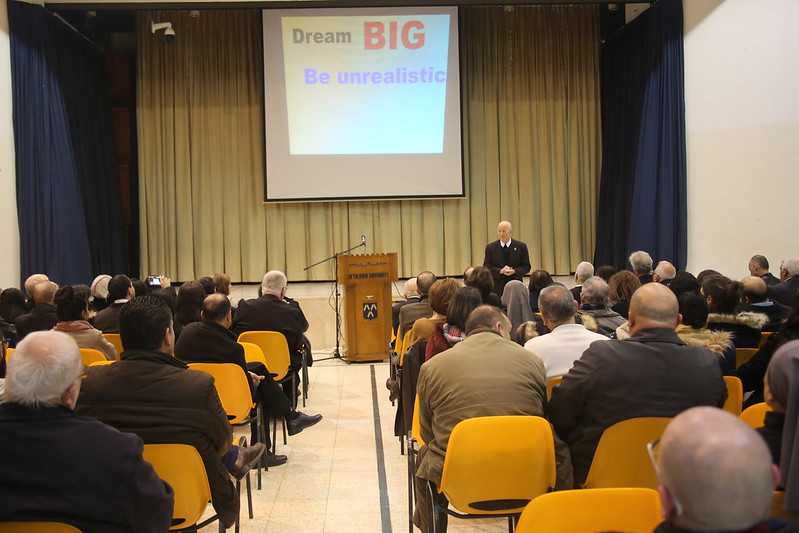 With the beginning of the Spring 2018 semester, Bethlehem University held its Faculty and Staff Meeting on Tuesday, 16 January 2018 in the Auditorium at the Social Cultural Center.

After an opening prayer and reflection led by Brother Peter Iorlano, Coordinator of Institutional Values, Dr. Irene Hazou, Vice President for Academic Affairs, presided over the meeting, welcomed faculty and staff, and gave Deans and Chairs of Departments the opportunity to introduce the new faculty and staff members to their peers.

Vice Chancellor Brother Peter Bray began his welcoming speech by encouraging the faculty and staff to dream big to take Bethlehem University to the next level of being the university of the decade. He gave the dream of obtaining Mount David facility as an example of success where it was unrealistic but became a reality.

As the university prepares to celebrate its golden jubilee in 2023, Brother Peter continued his speech by asking “is there a better way?”. He challenged the audience by encouraging them to take responsibility for the change that needs to happen.

Our best wishes for a successful second semester.