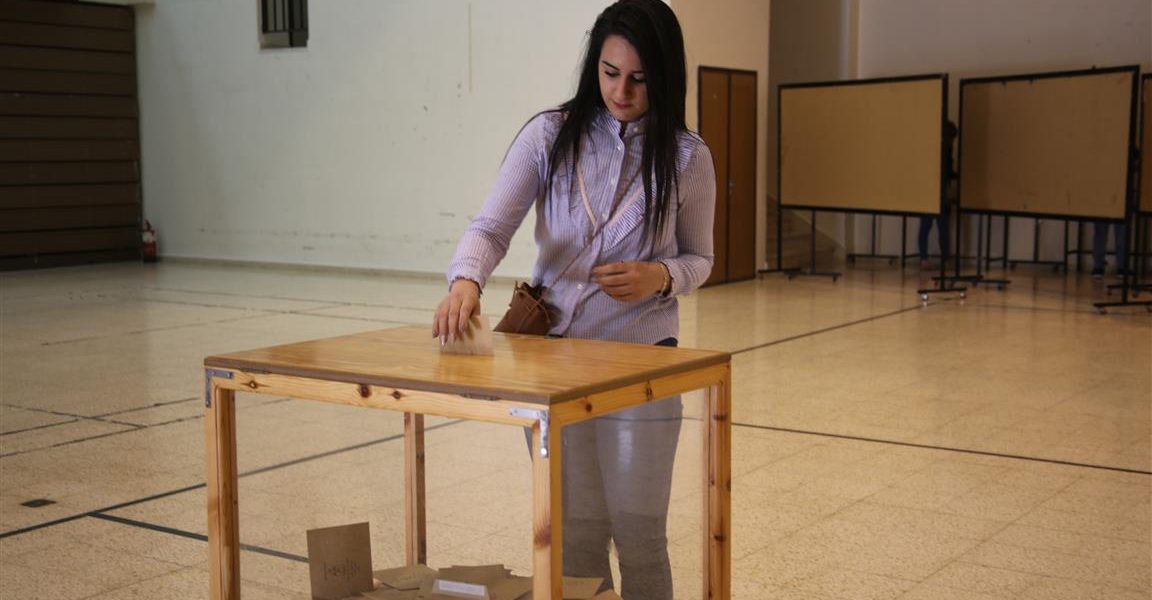 With the near conclusion of the spring semester, the Student Senate elections were held on campus on Wednesday, 9 May 2018.

52% of the students at Bethlehem University headed to the voting booths and selected their representatives at the Student Senate.

Two blocs were competing on 31 seats which were Al-Quds and AL-Awda (Jerusalem and Return) and Watan coalition (Homeland).

The polls closed at 5.00 pm on Wednesday, students and faculty eagerly awaited for the results while the committee was counting the votes. The election results were announced with Al-Quds and AL-Awda group winning a clear majority of 20 seats, while Watan coalition won 11 seats.

Tuesday, 8th of May, one day before the election day, was dedicated for campaigning and debating. The two blocs spread posters, flags and handouts to attract the votes of their fellow students.

For years, the Student Senate has been an essential part of Bethlehem University’s ambition to provide for its students an environment characterized by pluralism, openness and respect. It acts as a representing organ for the students coming together from various social and religious backgrounds, from cities, villages and refugee camps. It further aims to foster concern for the University and interest in academic affairs among the student body, to enhance the students´ sense of responsibility and leadership and to promote good relations among students and between students, staff and the University Administration.