Chairman of the Palestinian Community in Chile Meets Vice Chancellor 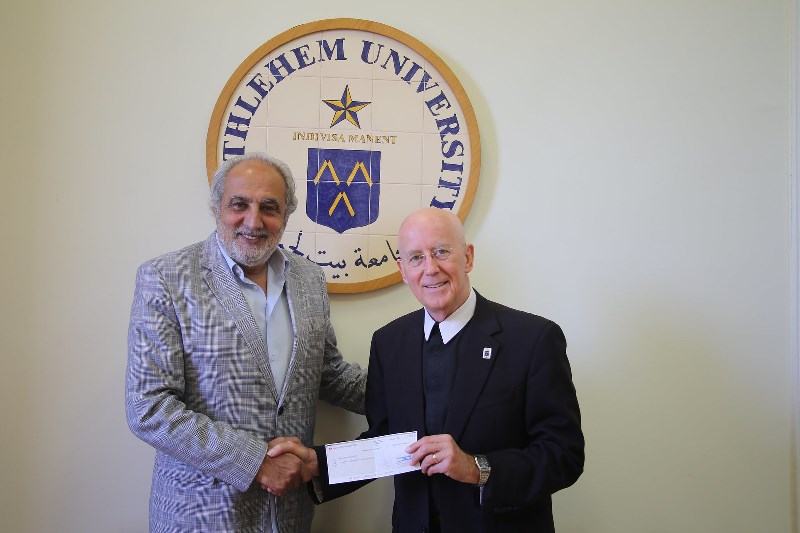 Mr. Khamis is the elected chairman of the Palestinian Community in Chile who is joining a group of Chilean Parliamentarians in their visit to Palestine.

During the visit, Vice Chancellor Brother Peter Bray and Mr. Khamis visited the John Patrick Cardinal Foley Hall project site, the new facility that will be housing the Faulty of Nursing and Health Sciences.

Khamis granted the university a major gift which will go towards completing the above project. This gift will be in honor of his parents and the dedicated area will be named after Isaac Khamis and Helwe Massu.

Naming opportunities for the new building are available.