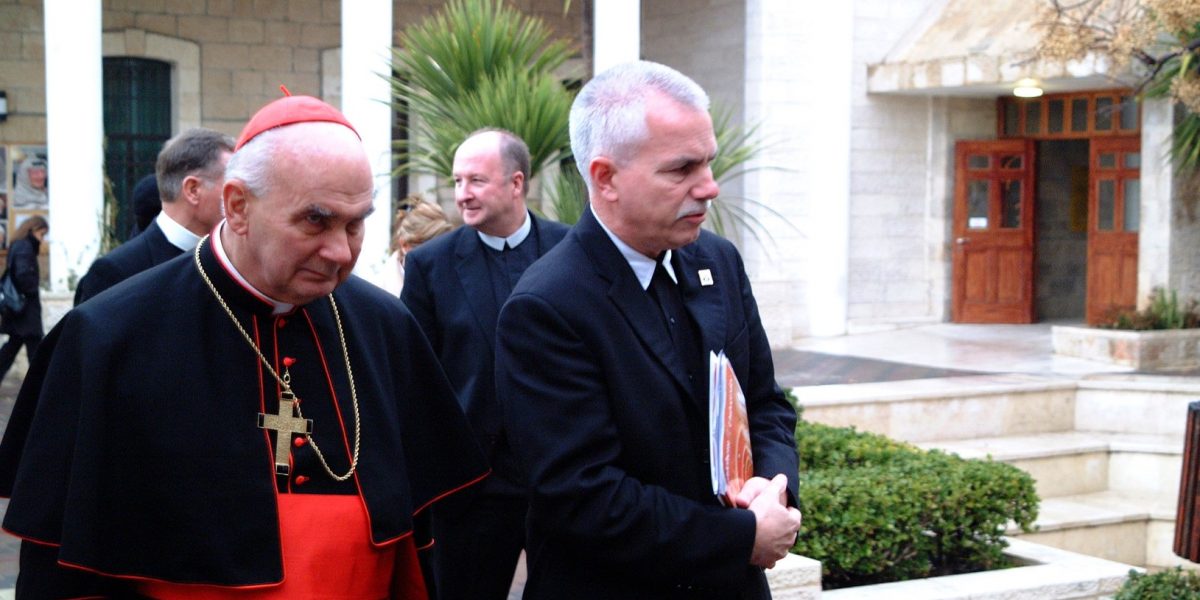 For the Lord himself will descend from heaven with a cry of command, with the voice of an archangel, and with the sound of the trumpet of God. And the dead in Christ will rise first. Then we who are alive, who are left, will be caught up together with them in the clouds to meet the Lord in the air, and so we will always be with the Lord. Therefore encourage one another with these words.
– 1 Thessalonians 4:16-18

Cardinal John Patrick Foley, head of the Pontifical Council of Social Communications, was for 25 years the voice for American viewers of the Vatican’s Christmas Midnight Mass, broadcast from Rome. A brilliant communicator, in a world of clergy uncomfortable with media, Cardinal Foley was able to express the viewpionts, work and teachings of the Church in a way that touched hearts and minds.

Vatican spokesman the Rev. Federico Lombardi described Foley as being a man “truly of great spiritual level.” He incarnated, in the best way, the friendly, open, attentive relationship, of the Church in the world of social communications, not so much as an ‘impersonal’ world, but as a world of persons,” Lombardi told Vatican Radio. “He understood and encouraged our work with all his heart,” said Lombardi, who also directs Vatican Radio.

Read below for just some of the tributes and articles commenting on the great figure of leadership.