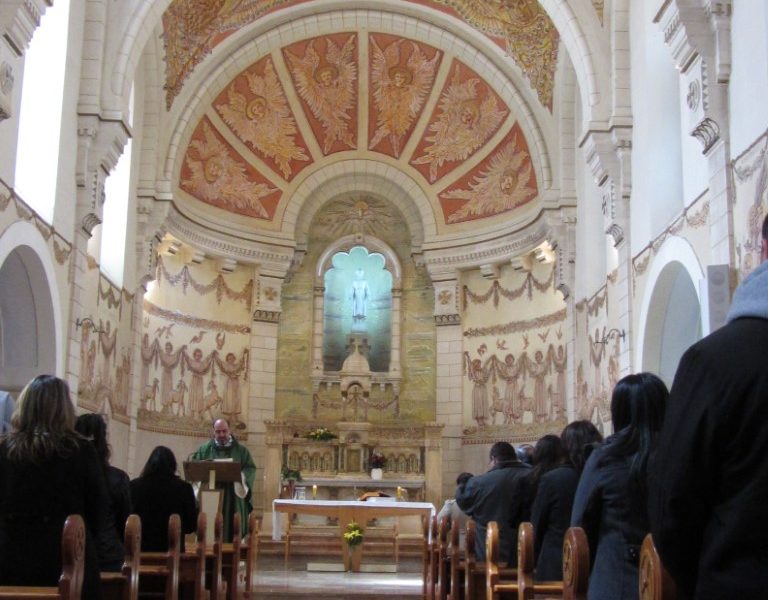 In solidarity with the families of the school children, their teacher, and another young adult who tragically died in two separate accidents yesterday, the students, faculty, and staff of Bethlehem University gatheredat the Mass and Mid-Day prayers to mourn.

Traffic accidentDr. Michel Sansur, Executive Vice President, deeply saddened by the crash, added “The entire Bethlehem University community shares their grief and the mood of mourning on campus is extremely palpable. We want the families to know that we Palestinians, Christians and Muslimstogether are all united in prayer.

“Our hearts cry out to God for healing.”

The Student Senate, in cooperation with Dr. Sansur and Mr. Mahmoud Hammad, Dean of Students, also organized a moment of silence at the beginning of the afternoon class session to pause and honor the memories of the young people who tragically lost their lives.

Traffic accidentThe first incident occurred when the school bus transporting kindergarten children, to their field trip was involved in an accident with a truck, near Ramallah. At least 10 children and their teacher have been reported dead and some forty others were badly injured when the bus flipped over and burst into flames. Many local Palestinian residents quickly came to the rescue of the injured as the ambulances and emergency services were called to the scene. The second incident also occurred Thursday morning, near Bethlehem, when a young student was run over by a truck.