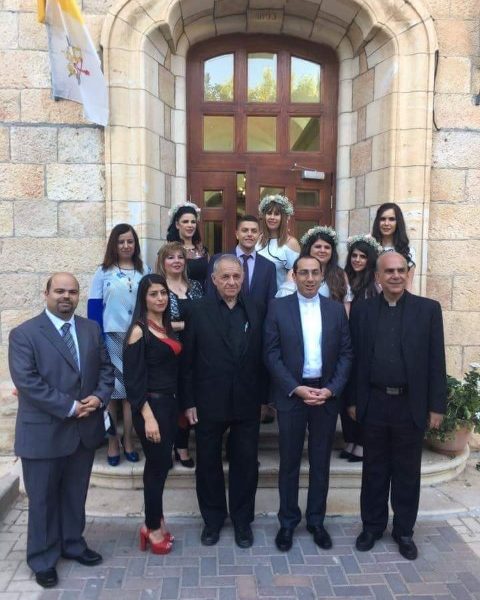 On Sunday, June 4, 2017, the Religious Studies Department at Bethlehem University held its 16th annual Mandate Mass for its graduates in the Chapel of the Divine Child. The mass was held to celebrate the graduates as they are about to begin their careers as religion teachers.

Father Iyad Twal, Director General of the Latin Patriarchate Schools in Palestine and the Secretary General for the General Secretariat for Christian Educational Institutions in Palestine, presided over the mass. In his sermon, Father Twal spoke about the power of the Holy Spirit which allows people to love one another. Two graduates had the opportunity to express their gratitude to God and to their families for being with them throughout this journey and their willingness to serve their community and the Church through teaching religion.

The mass was also attended by Father Jamal Khader, Father Peter Du Brul, Father Hicham Chimali, and the families and friends of the graduates.