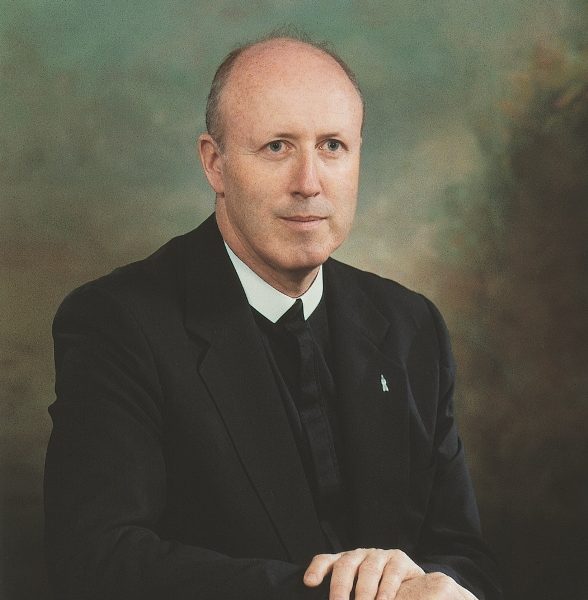 Brother Thomas, a De La Salle Christian Brother, was appointed by the Sacred Congregation of the Oriental Churches as the second Vice Chancellor of Bethlehem University who served from January 1982 to December 1986, succeeding Brother Joseph Loewenstein, FSC, (Apr 1980-Jan 1982).  He was also on the founding board of the Bethlehem University Foundation.

In his farewell speech in honor of Brother Thomas, the late Dr. Anton Sansur, then Executive Vice President, expressed admiration and appreciation “for a man with a clear vision, a clear mind, and a determined character.”

Brother Thomas assumed his responsibilities at a time the University was passing through its transitional stage and thus was concerned with one fundamental issue: “that Bethlehem University, as a genuine university should constantly attempt to educate students in an atmosphere of academic freedom and freedom of expression – cornerstones for critical thinking and liberal outlook in problem-solving.”

During his time, Brother Thomas accomplished significant developments at the educational level and introduced inherent changes in the curricula, and skilfully managed the finances of the University.

His leadership characterized by quality standards and long-range planning, set new precedents for clear visions and systematic and pragmatic decision-making processes that led to a harmonious working relationship with the administration, faculty, and staff.

Brother Thomas expanded the campus through the construction of the Brothers’ residence, the new playgrounds, and parking facilities as well as his tremendous efforts towards finishing the Social-Cultural Center.

Bethlehem University community joins the De La Salle Brothers and his family in mourning his passing and in celebrating his life.

Watch this five-minute video about Brother Thomas, recipient of the ACCU’s 2016 Hesburgh Award.