Alumna to Represent MENA at G(irls)20 Summit in Japan 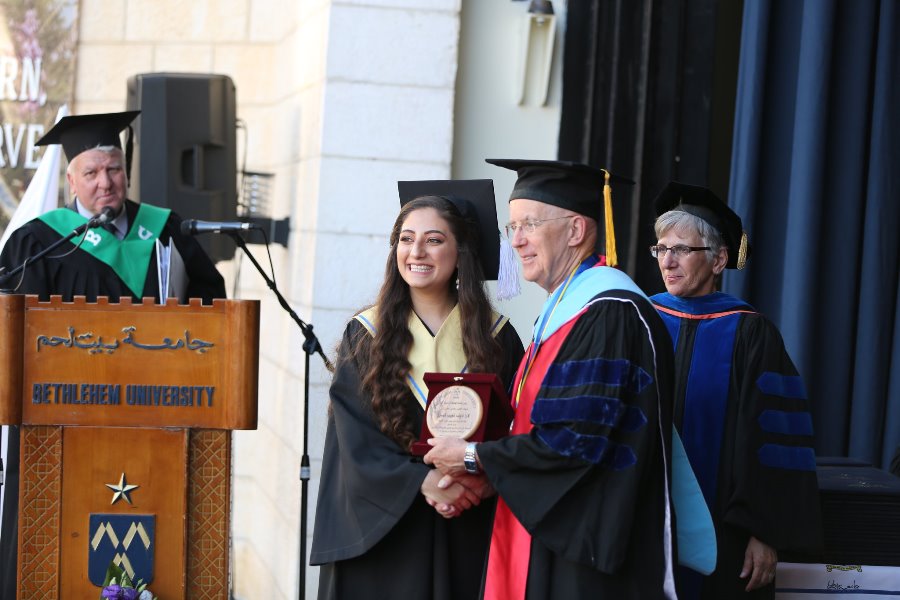 Bethlehem University alumna and 2018 Valedictorian, Lara Kasbari, has been selected to represent the MENA Region (Middle East and North Africa) at the 10th annual G(irls)20 Summit in Japan in May.

“G(irls)20 is coming to Japan for the 10th annual Global Summit. 20+ young women from around the world will arrive in Tokyo for a week of leadership training, social enterprise development and mentoring by female leaders in the business and public sectors. At the end of the week, delegates will deliver a Communiqué highlighting policies to promote young women’s economic inclusion to Ambassador Koji Tomita, Japan’s G20 Sherpa.” – G(irls)20

Lara graduated from Bethlehem University with a Bachelor’s Degree in Business Administration, and has been working as a digital marketing analyst at a startup tech company “Yamsafer.” In 2017, she represented Palestine in the U.K. Summit and was awarded the Best Speaker title in the first International Palestine Open Debate Championship.

You might recognize Lara, as she was a Student Ambassador during her time at Bethlehem University, and participated in the Sir John McGuckin Mentoring and Internship Program, made possible by the generosity of the Northwestern Lieutenancy of the Equestrian Order of the Holy Sepulchre of Jerusalem. She spent the summer of 2017 working with the Christian Brothers Conference in Washington, DC. To read more about Lara’s time as a McGuckin Intern, please click here.