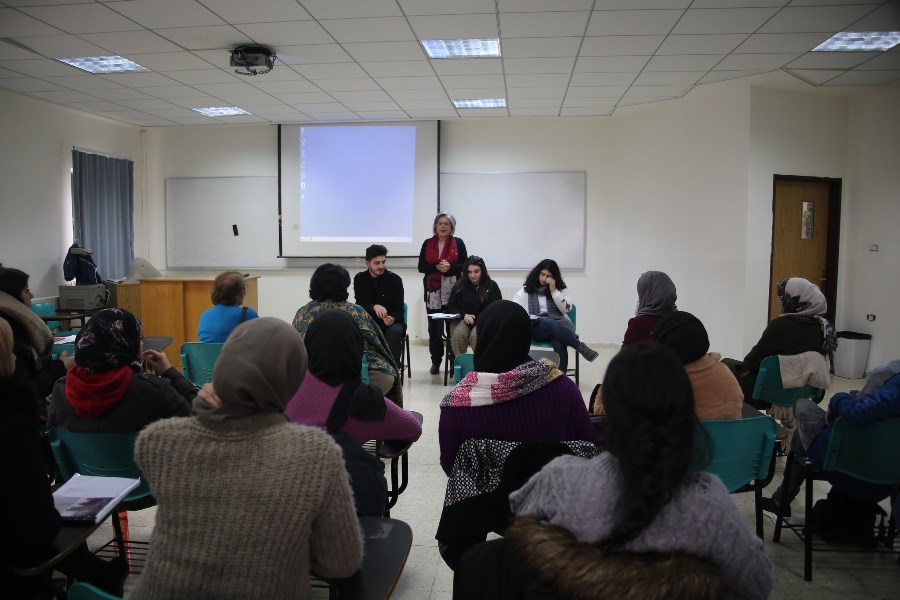 Dean of the Faculty of Arts and Chairperson of the Department, Ms. Hanadi Younan, thanked the competition committee and announced the winners of this year.

The 1st prize winner in Poetry was Eslam Dabank from the Shucri Ibrahim Dabdoub Faculty of Business Administration for his collection of poems.

The first and second winners of the short fiction category respectively were Raneen Rabadi for her Cosmic Dancer, and Jwana Nassar for her The Jar. Both are students from the English Department.

The Department received several entries this year. All the students were encouraged to submit an original piece of writing in English.

The genres for the competition were open; students could submit works in poetry, short fiction or literary essays. All the entries were quite creative and showed the imaginative abilities of Bethlehem University students.

The committee read and evaluated the works based on three components: creativity, literariness, and language accuracy. After careful consideration by the committee, the best works in the two categories were chosen.

Congratulations to the winners!