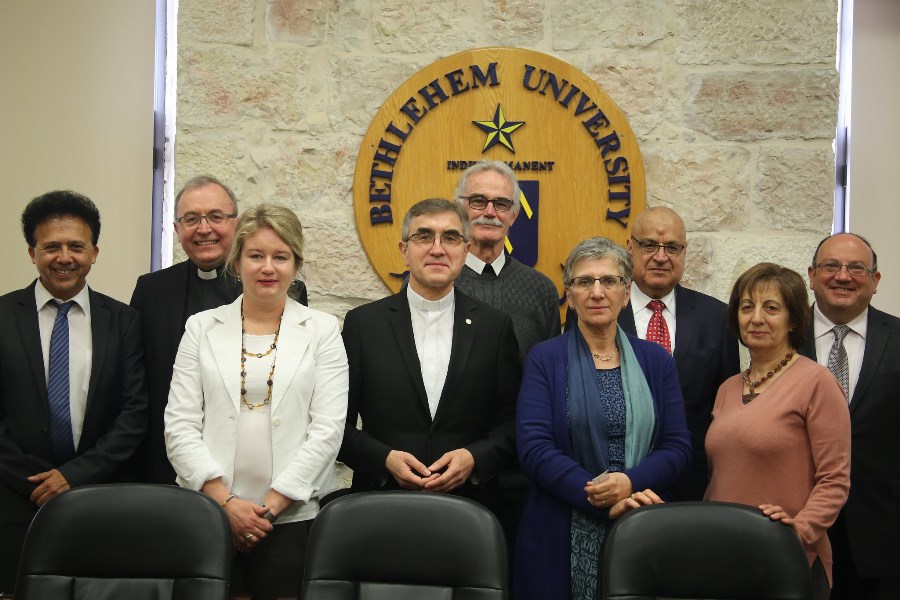 Bethlehem University and the Cardinal Wyszyński University in Warsaw signed a Memorandum of Understanding on Monday, 15 April 2019 in the Executive Conference Room.

The general purpose of this agreement is to promote collaborative research, other educational developments, and to further mutual understanding.

The guests were welcomed in the Executive Meeting room for the signing, during which introductions about both universities were exchanged.

Dr. Sansur emphasized that the pairing of both universities can have very positive implications for the mutual benefit through knowledge exchange and other activities.