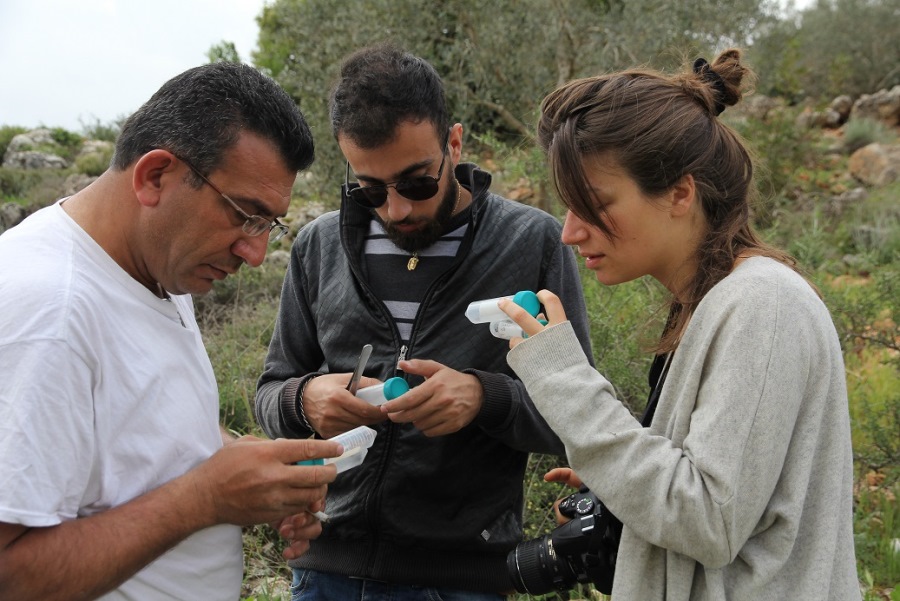 Palestine contains diverse habitats for such a small country and is biologically more diverse than some countries ten times its size. For the first time, the Palestine Institute for Biodiversity and Sustainability (PIBS) at Bethlehem University is carrying out projects that protect both people and nature.

Several plant species are declining rapidly due to political and other human pressures. PIBS has been at the forefront of studying these effects.

PIBS is focusing its effort and attention on Wadi al-Makhrour, a valley located about 7km south of the Old City of Jerusalem and about 6 km northwest of the Old City of Bethlehem. The valley is integral to the Western Aquifer Basin, the most important water source in Palestine.

According to Darwin Project Manager, Rami Abu Saad, “the valley was designated by UNESCO as a World Heritage Site because of the ongoing Canaanitic agricultural practices and beautiful landscapes.”

The PIBS is researching ways to preserve the diversity of fauna, flora, agriculture and culture and the valley.

Excavations in the valley show that humans have used the valley since the Middle Bronze Age (1500-1200 BCE), through the Hellenistic period, and even early Islamic Periods. Modern Palestinians have inherited this rich cultural history and still utilize the valley today.

The PIBS team aims to protect al-Makhrour valley from urban encroachment and biodiversity loss through using research to create and implement a long-term conservation framework and management plan.

Amazing results are already being discovered, such as the first echolocation data for bats and the first study of mushrooms in the region since 1940. The scientific team is also discovering new records of insects and snails. Other team members focus on enhancing organic agriculture and permaculture in the valley and promoting agritourism and ecotourism.

The PIBS team has gathered significant cultural heritage data related to nature and agriculture in this world heritage site. Put together, this work will be an exemplary integrated system that promotes interests of nature and people in the Holy Land.