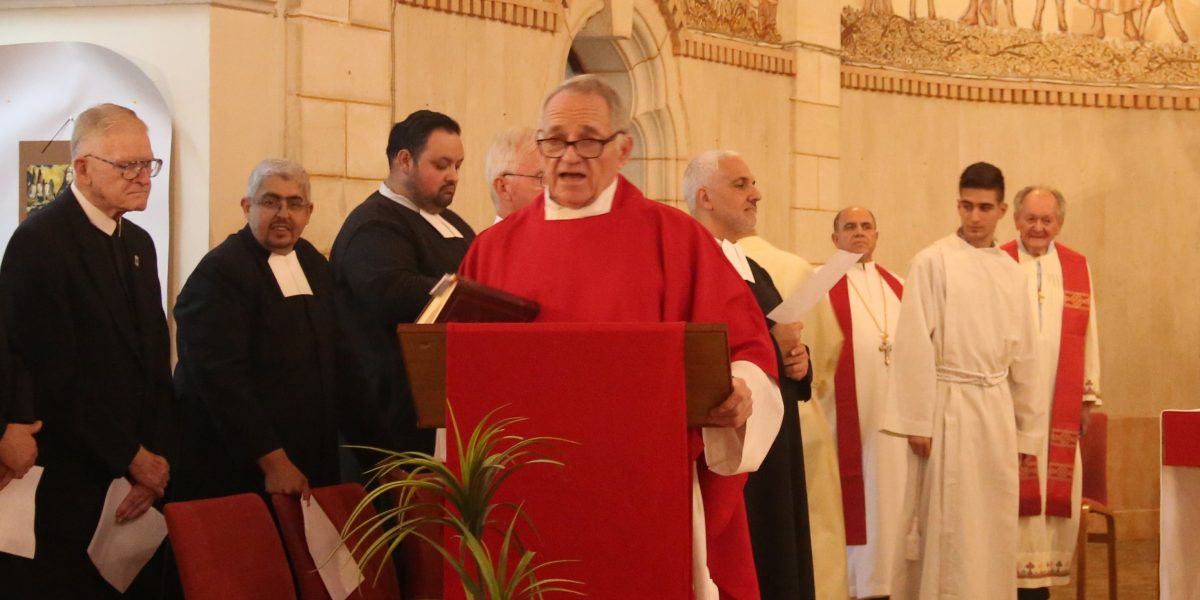 The Jesuits of the Near East Province and the De La Salle Brothers at Bethlehem University held a mass on Saturday, 14 September 2019, to celebrate the 50th anniversary of Father Peter DuBrul’s ordination to the priesthood this year.

Faculty, staff, students, and friends of Father Peter attended the Mass that was held in the Chapel of the Divine Child on campus. A reception in Millennium Plaza followed the Mass.

A dedicated and well-known professor, Father Peter, a Jesuit priest, has taught at Bethlehem University since 1975 and has been in and out of the Middle East since 1961. He was the first chairperson of the Religious Studies and is the former chair of the Humanities Department.