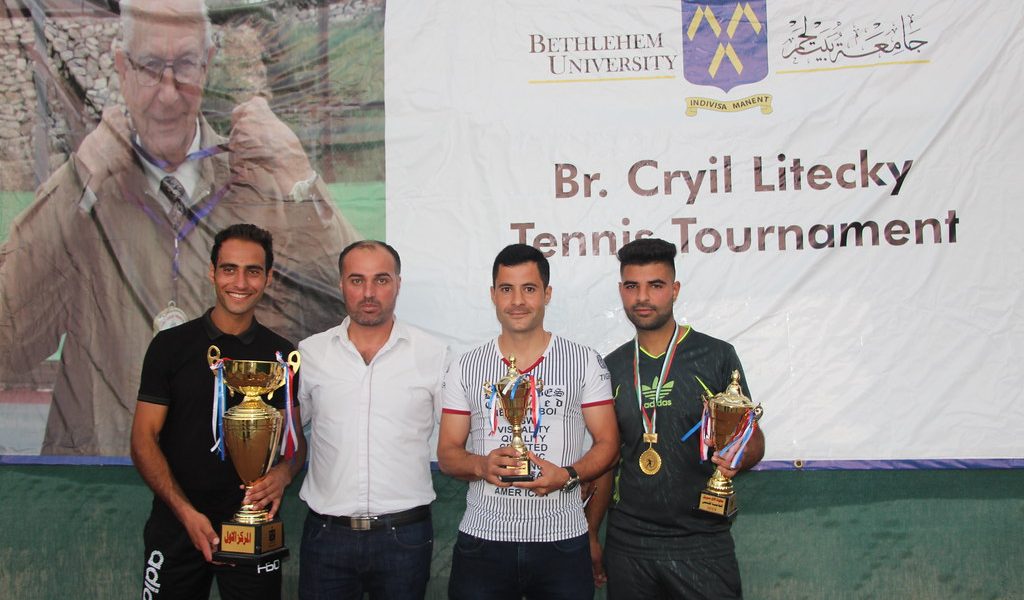 The Athletic Department at Bethlehem University, in cooperation with Mr. Issa Rishmawi, former President of the Palestinian Tennis Association and the University’s volunteer tennis coach, has organized the Fifth Annual Tennis Tournament to honor the memory of the late Brother Cyril Litecky.

The Department announced at the end that they will hold an annual football tournament at the University to honor the memory of the late Mr. Amin Zeit.