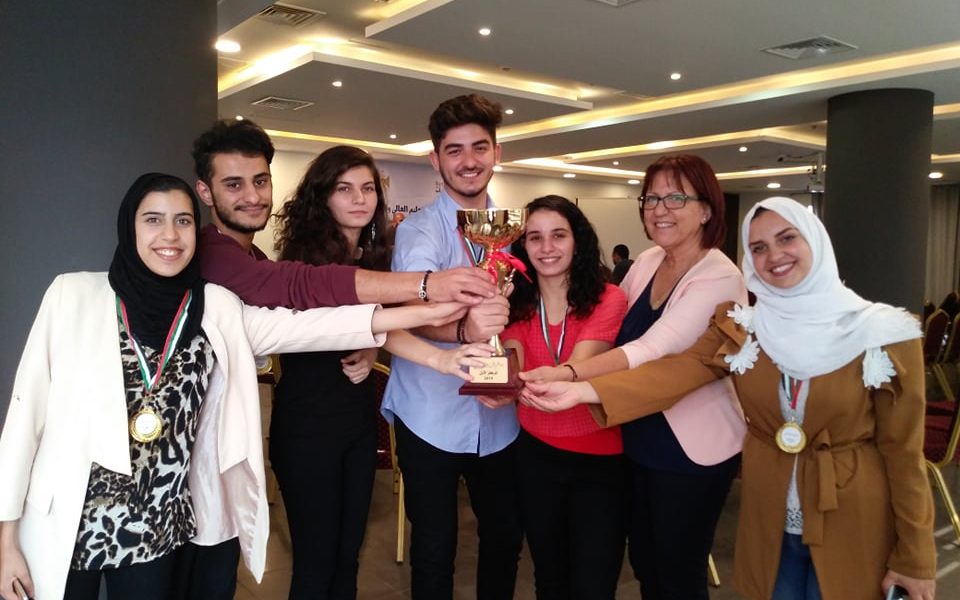 The Bethlehem University Debate Team won the final round of the debate tournament against the Arab American University debate team on Thursday, 17 October 2019, at Ceaser Hotel in Ramallah.

The tournament was organized by Filastiniyat Organization, in partnership with the Ministry of Higher Education and Scientific Research and the Palestinian Universities where nine Palestinian universities participated.

The final round was about the argument: “This Council believes that the weakening of civil society has weakened the role of youth movements and their ability to influence”. Bethlehem University team was the con team.

Mai Jaber, Assistant to Dean of Students, who is the supervisor of the team, expressed pride in the team’s victory.