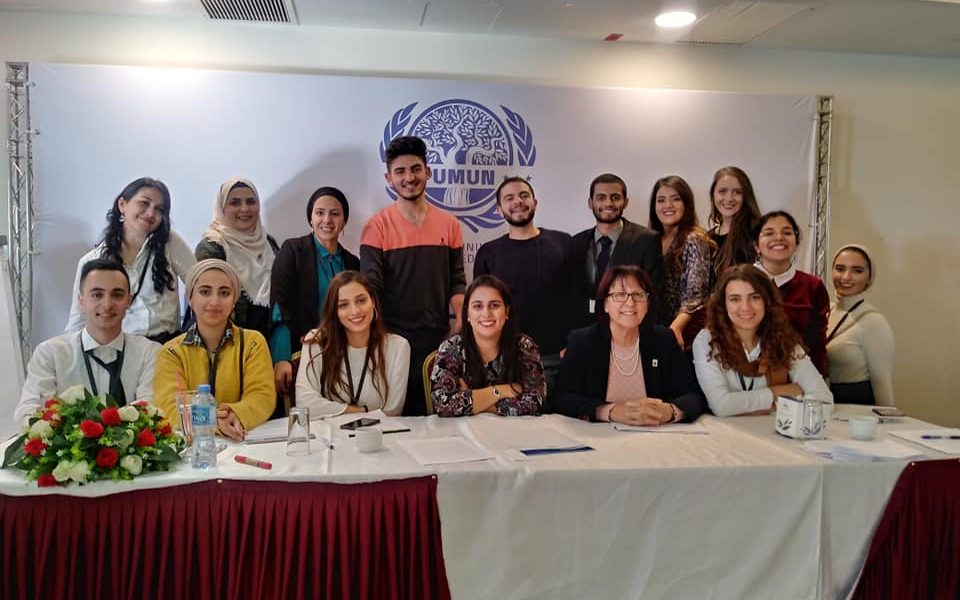 Fifteen Bethlehem University students participated in the Model United Nations (MUN) Conference that was held at the Caesar Hotel in Ramallah on Friday and Saturday, 29-30 November 2019.

The Conference was attended by MUN teams from Birzeit, Bethlehem, Al-Quds, Arab American, and An-Najah Universities.

The two-day conference focused on the critical issue of climate change and included four MUN official sessions, one of which was chaired by Bethlehem University delegate Jeries Kitlo. 50 delegates attended who were representing 21 countries.

Bethlehem University students, who represented the United Kingdom, Sweden, India, Canada, and Kuwait, enjoyed the conference a lot especially that this was the first time they attend such an event.

Student Eslam Dabank said that “it was a very great experience for us to be part of the conference, to represent countries we did not know much about, and to meet students from different universities even though we lacked the experience.”

Student Khalil Barakat reported that “some students confronted their fear of public speaking in English, which is different than class presentations.”

Students who participated in the MUN conference had an outstanding performance. We gratefully thank them!