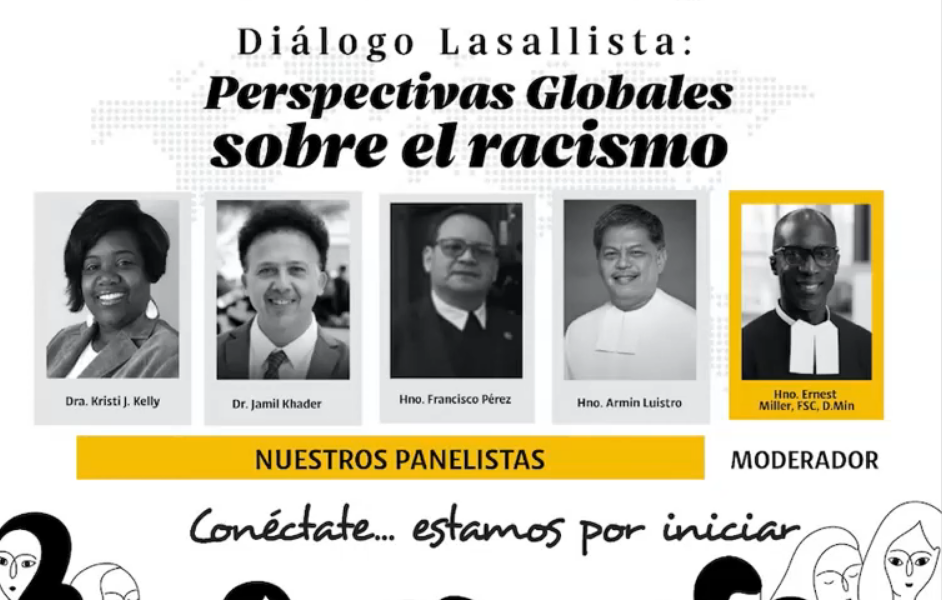 Prof. Jamil Khder, Dean of Research and the editor-in-chief of the Bethlehem University Journal, served on a live stream panel titled, “Global Perspectives on Racism,” which was held on Thursday, 24 September 2020.

On this panel, speakers from various Lasallian universities from the United States, Guatemala, the Philippines, and Palestine spoke about the various dimensions of racism in their personal experiences as well as the histories of their communities.

In his opening remarks, Prof. Khader offered critical definitions of the terms race and racism, and pointed out the various levels of racist practices and attitudes, including individual, interpersonal, institutional, and structural.

Later in the panel, Prof. Khader discussed the manifestations of racism in the Palestinian experience that resulted from the history of Zionist settler-colonialism, apartheid politics, the occupation, and recent nation-state law in Israel, to which he refers as the Ongoing Nakba.

The event was organized by the International Association of La Salle Universities, in partnership with the World Union of Lasallian Former Students (UMAEL), Secretariat of Solidarity and Development, and the Young Lasallians, in response to the global wave of demonstrations against racism, in general, and police brutality, in particular, which led to the murder of George Floyd. Over 1200 from 40 countries attended the event.

The organizers hope to create some change through the active participation of members of the Lasallian community in these important conversations.