‘It is misery here’: Palestinian nurses tell of fear in Israeli hospitals, and say Glasgow was ‘safest’ place they have been 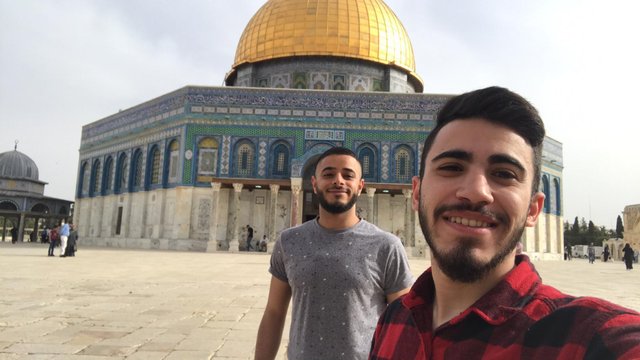 Two Palestinian nurses, who visited Scotland last year to study palliative care for terminal cancer patients, have told of their daily fear of being killed in the street on their way to work in Israeli hospitals.

Rami Idkedek and Yousef Asmar, who work in oncology and ICU, claim they are no longer able to leave their homes at night as the threat is too great, and they also fear their Israeli colleagues could turn against them.

The 23-year-olds live and work near the embattled Palestinian neighborhood of Sheikh Jarrah in East Jerusalem, which is the focus of an attempt to remove Palestinian families from their homes, in what the Israeli government terms a “property dispute”.

And they said the safest they have felt in their lives was when they were in Glasgow for three weeks in 2019, as guests of Gerry O’Hare, an oncology nurse with NHS Greater Glasgow and Clyde, who had previously been to Gaza to share his experience of treating breast cancer with specialists in the Al-Shifa hospital.

The pair spoke to The Scotsman, via WhatsApp, the day before hundreds of Palestinians reportedly rioted in the Sheikh Jarrah neighbourhood, with police using horses and water cannons to try to control the unrest.

Rami, an oncology nurse, said: “I am five minutes from Sheikh Jarrah. Every day Israeli settlers and soldiers are attacking us.

“We cannot walk safely to work in the streets. Israeli settlers have guns and knives. They attack with no mercy and Israeli soldiers defend them, they are allowed to do anything to the Palestinians.

“This week at my hospital we are on a strike because we are afraid. We cannot walk safely in the streets. And we know that the settlers will come to our area next after Sheikh Jarrah, come for our homes.

“It’s like being a prisoner in your own home. It is misery here.”

According to Rami, the current bombing between Israel and Palestine started as a result of the attempt by settlers to force Palestinians from their homes.

“People have every single paper to show they own their house, but they still want to take it – without mercy,” he said.

“I work in Israeli hospital and I wear my uniform, but it would make no difference to the settlers. We are really afraid. I am not sure if I can make it home alive, so I am not going to work until it gets better.

“They do it city by city. They’ve started in Sheikh Jarrah and when they finish they will move to a second area, and then third area … for sure they will get to me. I’m not far away. It is terrorism … people just want to live.”

Rami said he was also concerned for the safety of his brothers.

“My younger brother is 19 and works in a restaurant, and his friend was attacked with a knife, so I told my brother he should not be going to work,” he said.

“My big brother works in Tel Aviv and he is also scared about going to work. The Israeli government says they want peace, but I ask what kind of peace it is they want?”

Yousef, an ICU nurse at a separate hospital, added: “It is terrifying. As nurses we treat everyone the same. It does not matter if they are Israeli or Palestinian, we want to help them survive and to get better. That’s our job.

“But now it doesn’t matter – we feel that we could easily be killed by just being on the wrong street, at the wrong time. They will not care that we are nurses and we would be the ones helping them if they were injured or sick.

“I also worry now that the people I work with look at me differently. Now they notice that I am Palestinian, and I worry if they are thinking differently and if they might attack me.

“We have grown up always to be wary, but now it feels so much worse.”

The pair support the pro-Palestine marches taking place in the UK, especially the protest in Glasgow last weekend, as they visited the city together in 2019.

Yousef said: “In Glasgow we saw everything in the hospices and the hospitals and how the nurses deal with the end stage for patients, and how they talk with them, and the home care and the families involvement. Here we don’t have anything like that. It was a very interesting trip for our work.”

He added: “Here we can’t go out alone, and not in the night, because it’s not safe. In Glasgow we went out if we wanted to get a coffee and without worrying about anything.

“It was the first time I thought I was safe and could be relaxed. It is a good thing people in Glasgow are protesting about what is happening to us.”

Rami agreed, saying: “We came to Glasgow and stayed with Gerry for almost a month. I said to him it was amazing as we didn’t see a policeman or a police car, it’s not like in Palestine.

“Every two cars – one is for police, or for soldiers. It was a safe place – the safest place I have been in my life.”

He added: “Gerry has told us about the marches. It is so important people know what is happening here and they don’t forget.

“Through social media the whole world is hearing our voice and seeing what happens here and we can’t be silenced.”