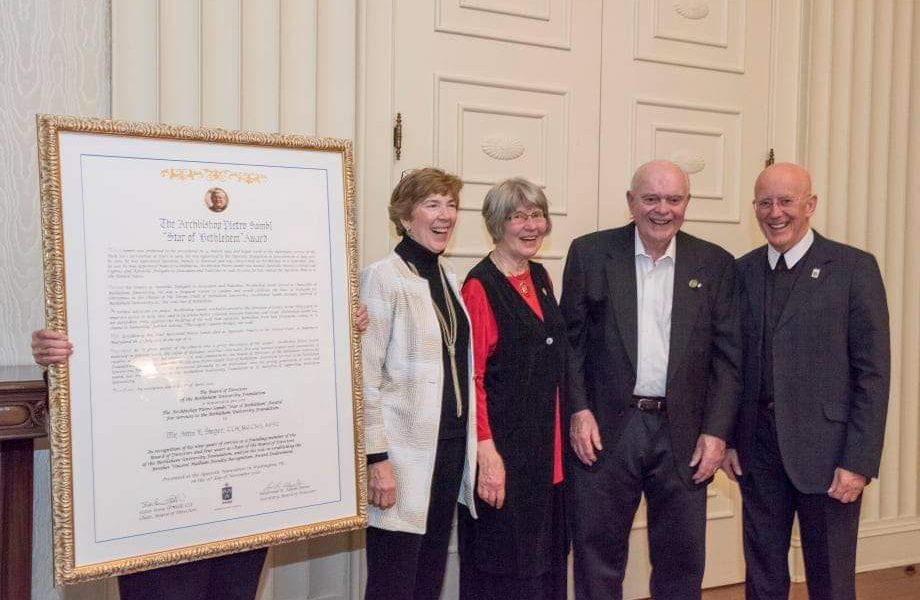 Bethlehem University community is sad to learn of the death of longtime supporter and generous donor Mr. John E. Steger, CLU, KGCHS, AFSC, who passed away on Wednesday 14 July at age 95.

Vice Chancellor Brother Peter Bray commented on Mr. Steger’s death by saying “John will be missed, but his legacy of service and generosity will be remembered. John will live on in our collective memory as a great friend and supporter of our university.”

John and Nan established the Brother Vincent Malham Faculty Recognition Award Endowment Fund which provides funding to Bethlehem University and recognizes faculty members for outstanding work by funding sabbaticals, supporting continuing research, underwriting attendance at international conferences, and purchasing special equipment. John and Nan have made significant contributions to other major initiatives such as the General Endowment Fund and the Library Renovation Project.

John has left an indelible footprint on our University, and we are grateful for his wholehearted commitment to supporting Bethlehem University.