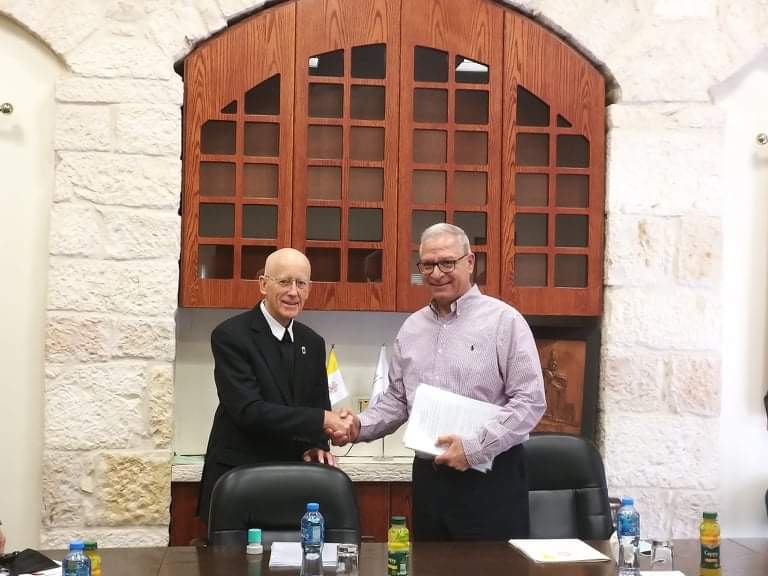 Bethlehem University signed two Memorandums of Understanding with the Latin Patriarchate of Jerusalem on campus on Friday, 27 August 2021.

The first agreement is titled “Education Formation for Religious School Teachers in Ramallah Region.” The Religious Studies Department at Bethlehem University will implement a program for 40 religion school teachers to deepen their knowledge in theology fields so they could be qualified for teaching Christian religion in Ramallah schools.

The second MoU is on the AFAQ Project entitled “Christian Youth and Women Empowerment, Entrepreneurship, and Employment in Palestine” that is implemented by Bethlehem University in partnership with the Latin Patriarchate of Jerusalem, and funded by Missio Achen.

The project’s ultimate outcome is to enhance the economic empowerment and increased affluence for low-income Christian youth and women in Palestine.