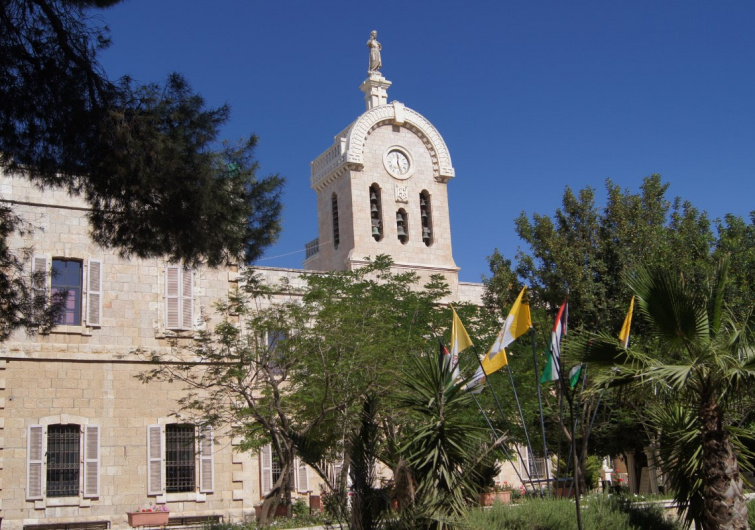 to guard the “common home” and concentrate resources in educational activities

Jerusalem (Agenzia Fides) – While the “Time of Creation” opens again this year, a period of the year in which Christians of different confessions around the world are invited to pray and work together for the custody of the “common home”, the growing ecological sensitivity of the baptized is also reflected in the concrete and operational choices made by various ecclesial institutions in the context of their own pastoral, charitable and educational activities. The series of “agreements” stipulated by the “Pontifical Mission” in the Holy Land with Catholic institutions and academic schools present in the Holy Land is also part of this framework to encourage the use of renewable energy sources in these institutions to provide for ones energy needs. In concrete terms, the agreements provide for the launch of a series of technical projects – financed also thanks to funds offered by the German charity Misereor – which will allow the installation of solar panels in Christian schools and academic institutions capable of covering up to half of the energy needs of individual institutes. The first academic institutions involved in the project are the University of Bethlehem (in the photo) and two educational institutes – the school of the Brothers of Christian schools and the Holy Land College – which are located in Beit Hanina, a suburb of Jerusalem. In a video released by the Christian Media Center, the representatives of the various educational and academic institutions involved (Father Peter Bray of the University of Bethlehem, Georges al Neber, director of the Institute of the Brothers of Christian Schools in Beit Hanina and Father Ibrahim Faltas, of the Custody of the Holy Land) express satisfaction and gratitude for an initiative that will allow these institutions to save financial resources destined to cover their energy needs, resources that can be invested in the recruitment of new staff and in the strengthening of structures necessary to support the didactic and educational activities. The “Pontifical Mission” in the Holy Land was founded in 1949 thanks to Pope Pius XII with the primary intent of helping Palestinian refugees after the creation of the State of Israel. Even today, the organization promotes and supports charitable, humanitarian and educational initiatives aimed “at the needy in the Holy Land, Palestinians and Israelis, of all ages and beliefs”. “Today – Pope Francis recalled during the general audience held on Wednesday, September 1st in Paul VI Hall – we celebrate the World Day of Prayer for the Care of Creation”. The Pontiff added that this day marks “the beginning of the time of Creation, which will take place on October 4th, the feast of St. Francis of Assisi. “With Ecumenical Patriarch Bartholomew and the Archbishop of Canterbury, Justin Welby” added the Bishop of Rome, “we have prepared a Message that will be issued in the coming days. Together with our brothers and sisters of different Christian denominations, let us pray and work for our common home in these times of grave crisis for the planet”. (GV) (Agenzia Fides, 2/9/2021)