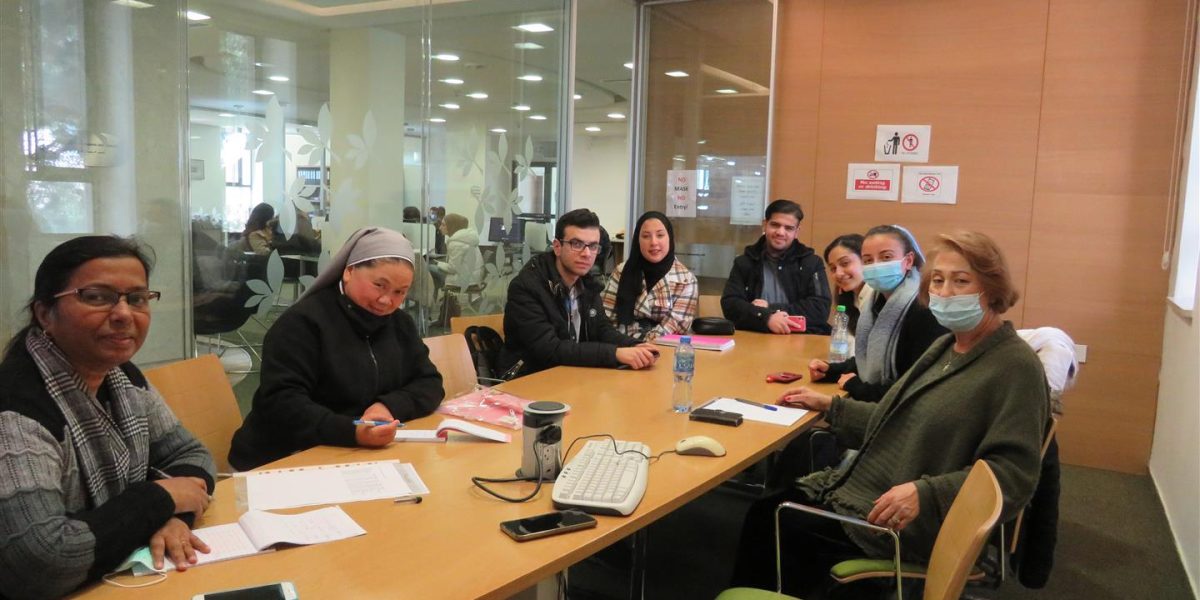 For the first time, the Library formed a student cell. The first meeting was held on 10 March 2022, from 11:00 to 12:00 PM initiated by Library Administrative Team, composed of Sr. Rose Amacanin, Vera Kousa, Juana Juha, and Library Director, Elizabeth Dsousa.

The cell is made up of students representing different departments. The meeting was attended by Razan Miqdadi (Hotel Mgt), Alber Ayyad (Accounting), Jessica Mukarker (Software Engineering), Shahed Dawwa (Midwifery), Younis Jaafra (Arabic), and Jalil Sayeh (Nursing). The main objective of the cell is to organize different activities and have greater interaction among themselves, bring in more students to the library to make the best use of all the resources available for them. Thus, this cell will be the bridge between the Library and other students.

It was a very good meeting as we had a good interaction among ourselves and we exchanged a lot many topics and ideas, which we will organize regularly.