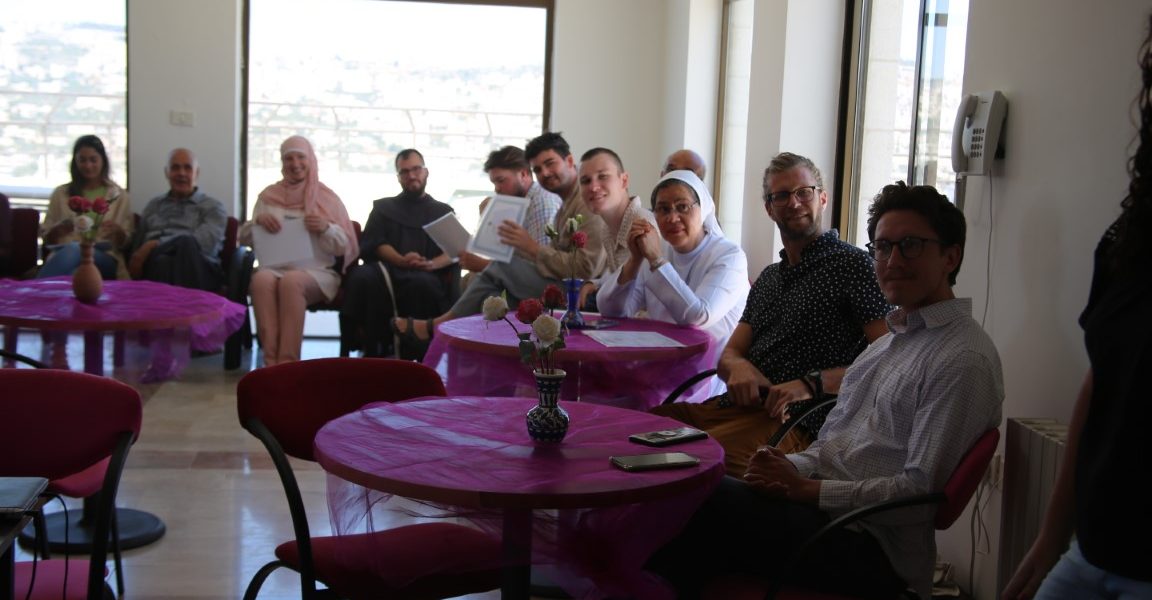 On Wednesday, 20 July 2022, a graduation ceremony was held at the Bethlehem University Millennium Lounge for foreign students undergoing courses in Arabic Language which are conducted via the Brother Vincent Malham Center.

Mr. Petr Felčl and Mr. Adam Pospíšil from the Department of Middle Eastern Studies at Charles University in Prague attended the ceremony in which students performed a play and sang songs in Arabic. A short video of the students speaking in Arabic was screened.