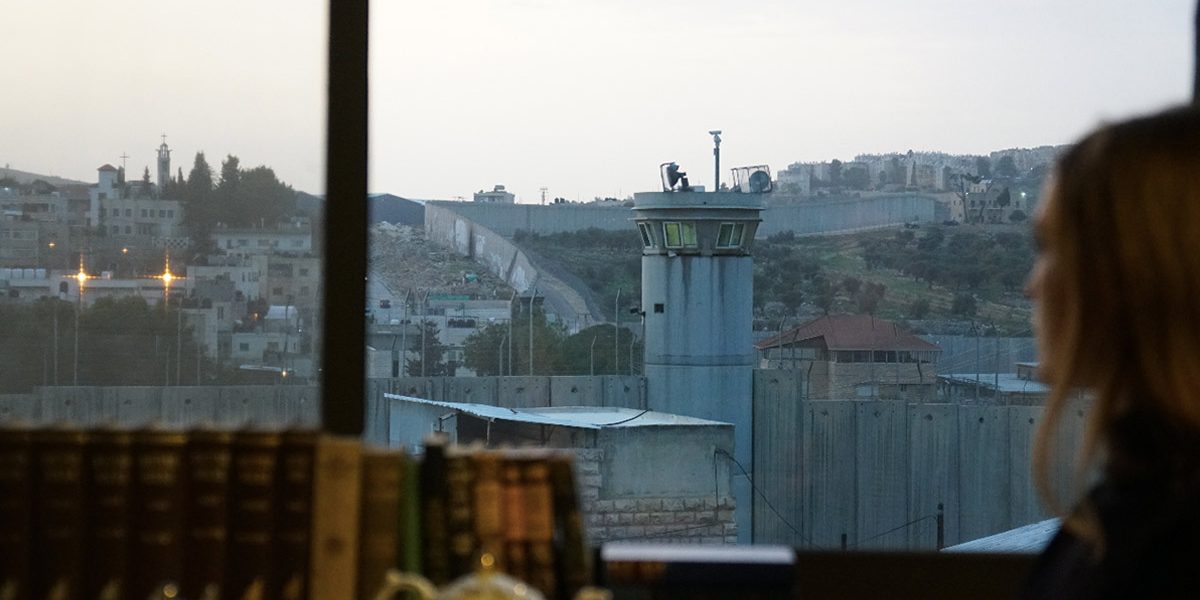 Prof Jamil Khader, Dean of Research and Professor of English at Bethlehem University, received the 2022 Arab American University Award for Excellence in Scientific Research in the Humanities and Social Sciences category.  He shared this award with Dr. Maha Samman from Alquds University.

Prof Khader won this award for his article, “The Architectural Parallax, Neoliberal Politics, and the Universality of the Palestinian Struggle: Banksy’s Walled Off Hotel,” which was published in the European Journal of Cultural Studies in 2020.

In his article, Prof Khader examines the artistic, cultural, and political significance of the Walled-Off hotel in Bethlehem to the Palestinian struggle for freedom.  The Banksy hotel, which has been called the “hotel with the worst view in the world,” has emerged as one of the most important living cultural heritage and national memory sites in Palestine.  Before the pandemic, it became a major touristic destination and an important national landmark in Bethlehem.

For Prof Khader, the major appeal of the hotel is that it functions as an installation that sheds the light on the Ongoing Nakba through art and visual representation.  It uses different forms of artistic production not only to portray the horrors of the occupation and the apartheid annexation and separation wall. It also uses artwork to repackage the Palestinian narrative and message to international audiences in more appealing aesthetic forms.

Prof Khader develops his analysis in the context of the anti-colonial work of the internationally renowned British graffiti artist Banksy, who is responsible for the majority of the artwork in the hotel installation.

He shows that the Walled Off hotel exposes major contradictions and ideological discrepancies about contemporary life in Palestine.  On the one hand, the free mobility of ideas and global capital is what made such an installation-hotel possible in the first place.  On the other, the restrictions on the mobility of Palestinians under Israeli military occupation and Zionist settler-colonial regime.

Finally, the article shows how Banksy’s work succeeds in linking the Palestinian struggle for freedom to the struggle for the Syrian refugees in Europe and the unemployed and unemployable precariat labor force in the global capitalist system.

The article was published in The European Journal of Cultural Studies, which is a major peer-reviewed, international journal in the field of cultural studies. It enjoys a 47 H-index and has scored an IF of 2.099 on SJR and an IF of 1.90 on JCI. The journal is published by the international publisher Sage publications in the UK.