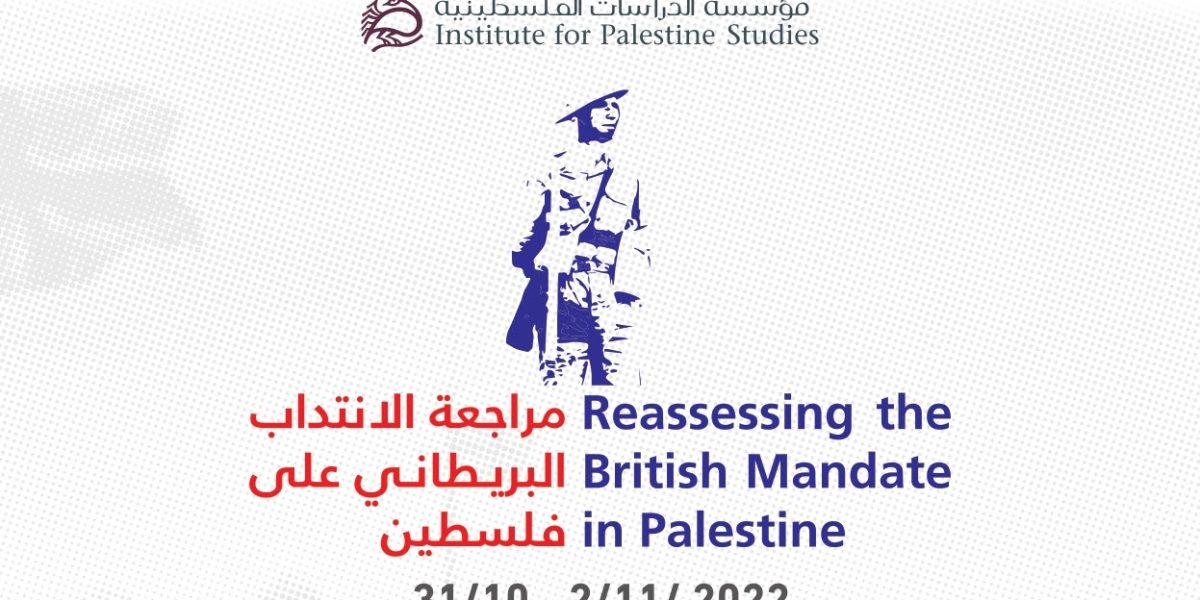 The Institute for Palestine Studies, in partnership with several research centers in the region, Europe and North America are organizing a conference titled “Reassessing the British Mandate in Palestine”, 31 October – 2 November 2022.

The British Mandate (1922-1948) represents over a quarter-century in the modern history of Palestine during which the groundwork was laid for the usurpation of Palestinian political rights and the establishment of a Zionist state. It was also a period of vibrant Palestinian mobilization, which was already in motion during the late Ottoman era, and through the mandate, reaching its height during the rebellion of 1936-1939—across cities and the countryside—to respond to newly emerging realities.

It is this vibrancy that the conference seeks to explore. Beyond treating the Mandate as a legal and political system, the conference revisits the social, legal, cultural, economic, and political history of Palestine and Palestinians during the Mandate period. It brings together scholars from Chile to Palestine and beyond, working on a wide array of disciplines and topics.