Book Launch: “The Ever Elusive Past” 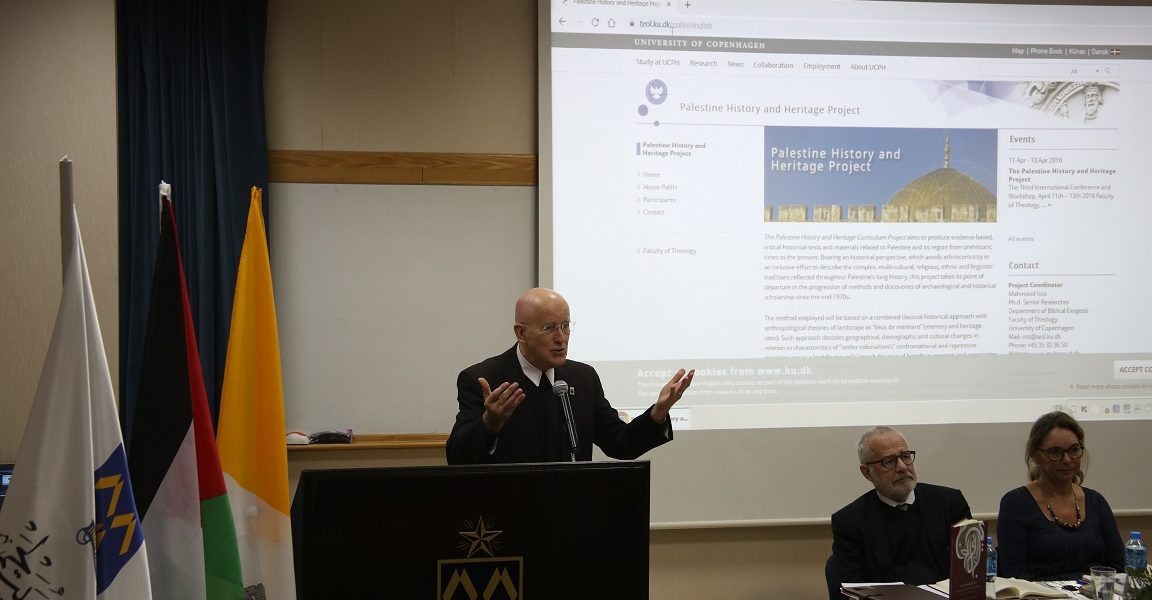 Under the auspices of the Danish House in Palestine, the Faculty of Arts, and the Department of Humanities, the Office of the Dean of Research held an event to launch the new book “The Ever Elusive Past: Discussions of Palestine’s History and Heritage”, by the Danish researchers Thomas Thompson and Ingrid Hjelm on Thursday, 21 November 2019.

In his welcoming remarks, Vice Chancellor Brother Peter Bray emphasized the importance of such events for promoting a culture of excellence in research at the University and for exposing students to the work of prominent international scholars in their field.

In launching their book, the researchers read excerpts from their book that foregrounded two of its major themes: First, deconstructing and debunking the biblical myths that have been weaponized by Zionist propaganda and ideology to make historical claims about their rights over and ownership of Palestine. Second, the importance of establishing a multicultural and inclusive history of Palestine, including the narratives of “non-Jewish Israel” such as the Samarians and others.

After these readings, Dr. Omar AbedRabo, Assistant Professor of History in the Humanities Department, outlined the role of biblical archaeology in politicizing the history of Palestine to serve the interests of Zionist ideology and the settler-colonial project, using what is called the “City of David” in Jerusalem as an example.

The event was attended by a large number of faculty members, members of the Bethlehem University administration, and students as well as guests from various local institutions and colleges, including Dar Al-Kalima University College of Arts & Culture. The attendees participated in the discussion and raised questions about the book and its major themes.

A follow-up session will be organized for those who are interested in reading and discussing the book.