New Issue of Bethlehem University Journal is Out 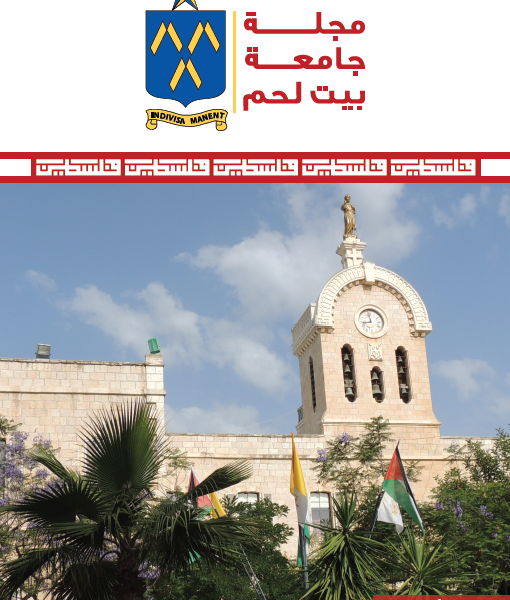 The Office of the Dean of Research announces the publication of the new issue of the Bethlehem University Journal, which is a special issue in the humanities, media, and literary studies that deals with Palestinian studies.

In his editorial statement to the issue, Prof. Jamil Khader, Dean of Research and Professor of English at Bethlehem University, stated that “the articles in this volume offer important interventions in dominant historical, educational, media, and literary discourses within both Palestinian and Israeli scholarly and institutional practices in the context of the Ongoing Nakba (the Zionist project of ethnic cleansing) in Palestine.”

He explained that the conversation among Palestinian scholars in this issue centers not only on the dismantling and subversion of the founding myths and ideologies of the Zionist settler-colonial project and Israeli occupation.

As equally important, the contributors to this volume also challenge and displace some of the colonial structures of feeling and attitudes that have made their way into Palestinian public discourses and networks of cultural production and dissemination. They thus provide opportunities for self-critique, re-evaluation, critical forms of cultural recovery, symbolic resistance, and the mapping of new and alternative and counter-discourses and language.

The current contradictions that define the Palestinian condition thus require, more than ever, an engagement with and interrogation of the actualized ideals and ideological underpinnings of the narratives of liberation and decolonization, including the changing relationship among knowledge, power, and the state.

The Bethlehem University Journal is published by Pluto Journals and is distributed on the international database Jstor.