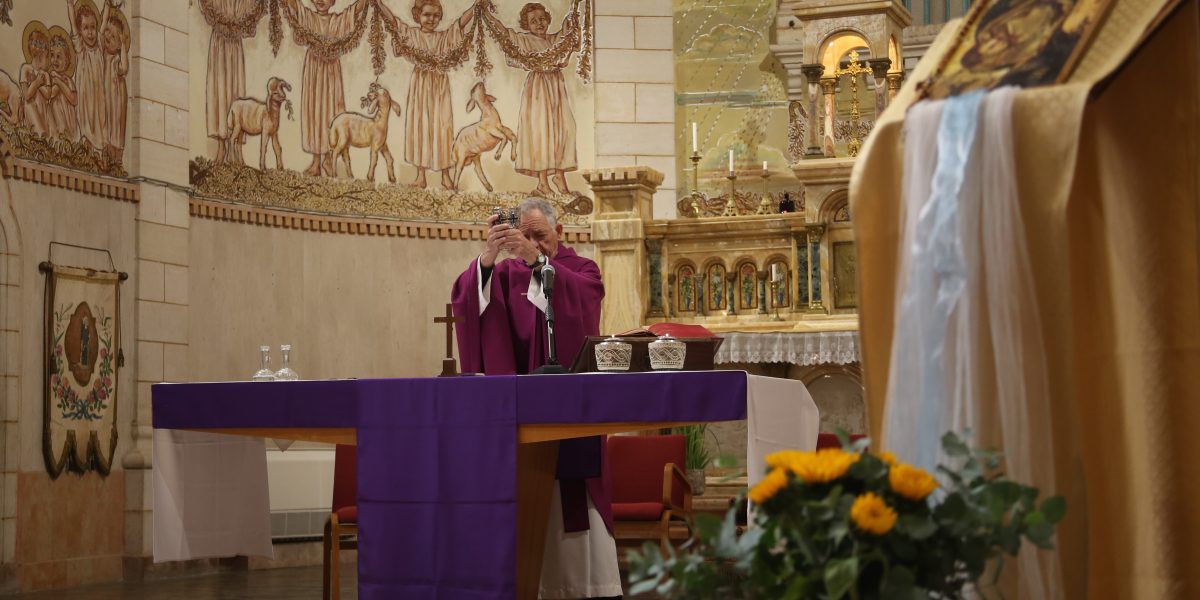 The Bethlehem University community celebrated the life and remembered the dedication of Brother Joseph Loewenstein, FSC, in a memorial mass on Friday, 26 February 2021, in the Chapel of the Divine Child on campus.

Father Peter said “Brother Joe’s special concern with the handicapped students was well-known and appreciated by all.  Until his very last days at the University, Brother Joe was at the Front Door to welcome students and to be of any service. His example encouraged all who knew him.”

The De La Salle Brothers received condolences after the mass.

Brother Joe, who was the first Vice Chancellor of Bethlehem University, passed away peacefully on 18 February 2021.

For his affection to BU students, the University has dedicated a special fund in memory of Brother Joe for the student section in the new multipurpose building planned to be erected on campus in the near future.

Read more on Brother Joe, the special fund, and tributes to Brother Joe through this link.

May the souls of Brother Joe and all the faithful departed rest in peace.

Photos of the Mass:

The Mass was also live-streamed over Facebook. You can watch the recorded video below: