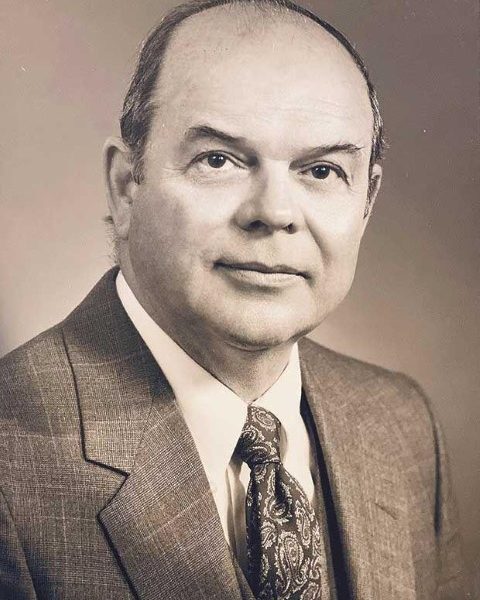 Closed out an active, rewarding life when he passed peacefully in his sleep on July 14th at age 95 in the White Bear Lake home he shared with his wife and loving caregiver, Nan. Jack’s career in life insurance and related financial services spanned more than sixty years.

Born in St. Louis in 1926, Jack moved to St. Paul in 1939 with his family. He graduated from Cretin High School in 1943 and entered the Navy V-12 training program at the College of St. Thomas. The Navy sent him to the University of Michigan and on to Midshipmen’s School at Harvard, which he finished just in time to join the V-J Day mayhem in Times Square. Jack went to sea in 1946 as a Naval supply officer serving post-World War II duty in the Pacific.

Upon discharge Jack married his college sweetheart, Detroit native Maria Walkowiak. The newlyweds relocated to St. Paul where he joined his father in the local office of Massachusetts Mutual Life Insurance Company. With a big personality and a knack for numbers, Jack became one of the top agents in the country, recognized for his expertise in the generational transfer of closely held family businesses. He actively served clients into his 80s.

After Maria’s death in 1977, he married fellow St. Pius X parishioner Nan Scott in 1979, blending her four children with his four. He and Nan traveled to every continent, continuing their adventures into his 90s.

Locally, Jack worked on creating the first hospice for cancer patients at St. John’s Hospital and was a benefactor of the new Pillars hospice in Oakdale. He was a board member of the Minnesota Museum of Art as well as several local companies. He was active in the St. Paul Jaycees, the Innijiska social club of Jaycees alumni, and the St. Paul Athletic Club. Jack was a 1965 Winter Carnival Vulcan. He was an avid bird hunter and golfer and a charter member of North Oaks Golf Club.