First Conference on Biodiversity and Human Diversity in Palestine 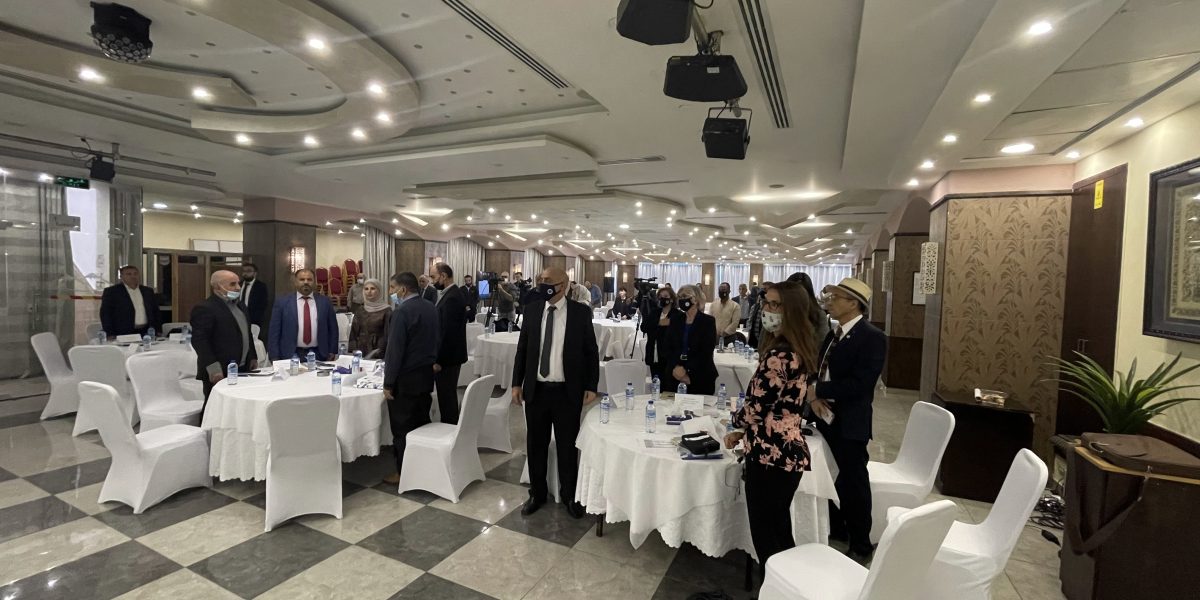 The conference, which was held in Beit Sahour and stretched for a full day, was divided into four major sessions.  Which included presentations on Biodiversity, and Human Diversity, in addition to presentations of research conducted under the EUPI project.

The opening included very brief welcomes from Dr. Moheeb Abu Louha of the Ministry of Higher Education and Scientific Research; Dr. Issa Albardeiya, Director General of Natural Resources at the Environmental Quality Authority (EQA); Eng. Thaer Al-Rabi, Director of the Natural Environment Department at the Ministry of Agriculture; Dr. Muhammad Ghayada, Director of Museums Department at the Ministry of Tourism and Antiquities; Mr. Rami Abu Sa’ad, the EUPI Project Manager at PIBS, Prof. Mazin Qumsiyeh, founder of PIBS-BU; Prof. Irene Hazou, Vice President for Academic Affairs at Bethlehem University; Sarah Dominoni, European Union representative.  The areas covered in these remarks included how this project serves communities (humans and nature) by strengthening diversity and how we might increase cooperation of institutions, such as governments, NGOs, academia, and others.

In the biodiversity session, Dr. Issa Al-Bardeiya presented on behalf of the EQA how strategies are being formulated and implemented to protect the very rich biodiversity of Palestine. On his part, Professor Zuhair Amro (Jordan University of Science and Technology) explained over Zoom platform from Jordan, the rich history of research which now is also being revived.  Elias Handal, a researcher in the field of biodiversity at PIBS introduced the state of research related to biodiversity in Palestine emphasizing gaps and opportunities.

In the second session, which focused on human diversity and education, Mr. Zuhair Tamizi, Director of Bethlehem Office of the Ministry of Information, discussed the importance of human diversity in the context of Palestine.  This presentation was followed by an intervention by Mr. George S. Rishmawi, director of the Palestine Heritage Trail who discussed the importance of exchanges of visits from different components of our society as well as with internationals.  Dr. Sare Asli, director of the Scientific Education Center at the Galilee Society, addressed concepts of education to reach wide audiences and affect change in our varied communities including across the Green Line.

In the third session, researchers who benefited from the EUPI research grants presented their work and answered all questions by the attendees.  They included research ranging from bird conservation to medicinal plants to wastewater treatment to mosquito taxonomy.  Each of the presenting researchers had received not only a small budget but also advice and support from the three partner organizations in this EUPI funded project.

This Conference on Biodiversity and Human Diversity in Palestine 2021 has set a precedent for the highest quality research in an area that is now touching the lives of everyone (e.g. climate change impact on productivity and sustainability). Every presentation is expected to produce a research paper published in peer-reviewed journals and to lead to better biodiversity conservation on the ground.

A recording of this conference (in Arabic) is found at https://fb.watch/9ErJ4PUHUP/