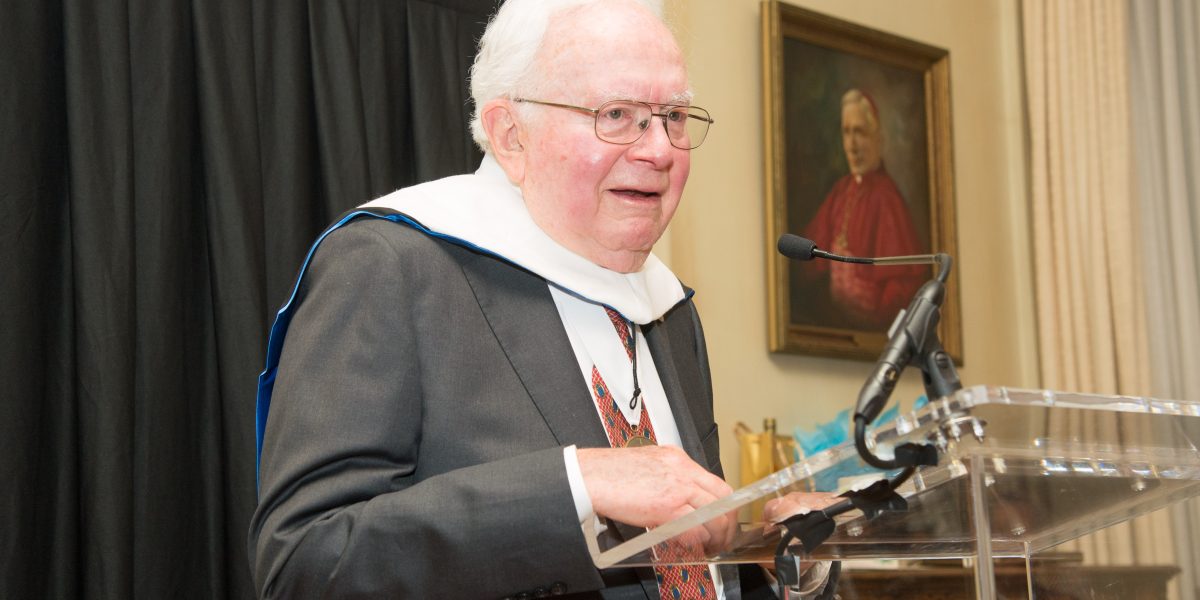 Valued Member of our Philanthropic Family

Since 1998, Mr. Frank Jungers has been one of the most prominent individual donors to Bethlehem University. He is a major supporter of the Cardinal Foley Hall which will house the Faculty of Nursing and Health Sciences.

Passionate about supporting education, Mr. Jungers showed interest in supporting Bethlehem University after being introduced by his late friend Monsignor John Nolan, who was President of the Pontifical Mission for Palestine and Secretary-General of Catholic Near East Welfare Association (“CNEWA”).

Mr. Jungers states “I believe in the mission of Bethlehem University and all it has done for Palestinian students.”

As a tribute to his contribution to higher education and philanthropic activities, Bethlehem University presented Mr. Jungers with an Honorary Doctorate of Humanities, Honoris Causa, at a reception of the Bethlehem University Foundation at the Apostolic Nunciature of the Holy See to the United States in Washington, D.C. in November 2017.

Bethlehem University recognized Mr. Jungers for his outstanding and steadfast support of the University’s educational mission.

Mr. Frank Jungers was born on a farm in North Dakota and raised in both North Dakota and Oregon. He served in the US Navy during the Second World War and in 1947 he joined the Arabian American Oil Company (“ARAMCO”) in San Francisco. He was transferred to the Kingdom of Saudi Arabia where he rose to become the Chairman and Chief Executive Officer of ARAMCO. He has been a board member of several companies.