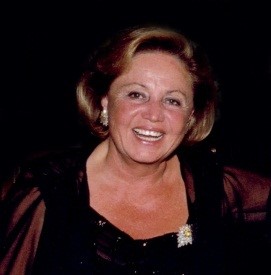 Mrs. Suad Husseini Juffali set up an endowed scholarship and an annual scholarship’s fund for disabled students. She also generously contributed towards the “Tarek Juffali Faculty of Nursing and Health Sciences” which will enable Bethlehem University to offer first class education to nurses of Palestine for the foreseeable future.

Mrs. Juffali was born in Jerusalem in 1933, and received her primary education in Jaffa, Palestine, but like many was forced to flee Palestine to Lebanon in 1948.

In 1954, a month after she completed her bachelor’s degree in Beirut, she got married to the passionate entrepreneur Sheikh Ahmed Juffali in the Kingdom of Saudi Arabia.

She then demonstrated an outstanding sense of civic responsibility by establishing and organizing the first Women’s Welfare Society in Saudi Arabia in 1956 and followed by helping and organizing Al-Faisaliyah Women Society.

Mrs. Juffali served as a board member in several institutions globally.

Mrs. Juffali’s main contribution to society is the establishment of the Help Center in Jeddah, where she is a co-founder and a Trustee since 1985 to-date. Help Center is a special rehab institution for children with intellectual disabilities.

Bethlehem University recognized Mrs. Juffali for her longstanding and steadfast support of the University’s educational mission and of Palestine.