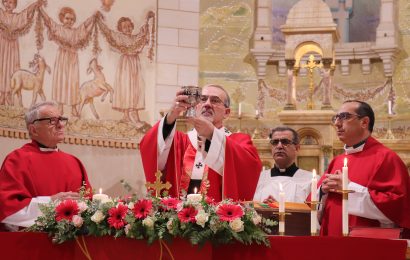 Bethlehem University marked the beginning of the new academic year 2021-2022 with its traditional Mass of the Holy Spirit. This year’s liturgy took place on Thursday, 14 October 2021, at the University’s Chapel of the Divine Child. The main celebrant of the mass was His Beatitude Archbishop Pierbattista Pizzaballa, the Latin Patriarch of Jerusalem, together […] 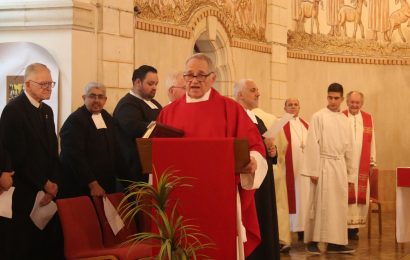 The Jesuits of the Near East Province and the De La Salle Brothers at Bethlehem University held a mass on Saturday, 14 September 2019, to celebrate the 50th anniversary of Father Peter DuBrul’s ordination to the priesthood this year. Faculty, staff, students, and friends of Father Peter attended the Mass that was held in the Chapel of the […] 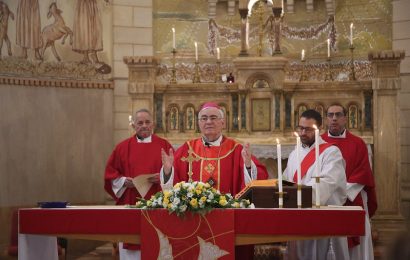 Bethlehem University celebrated the beginning of the new academic year 2019-2020 by holding the Mass of the Holy Spirit on Thursday, 5 September 2019.  The main celebrant of the mass was His Eminence Bishop Giacinto-Boulos Marcuzzo, Latin Patriarchal Vicar for Jerusalem and Palestine and a member of the Bethlehem University International Board of Regents, together […] 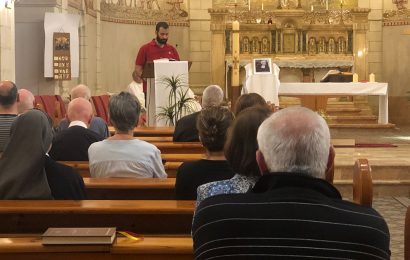 Bethlehem University community celebrated the life and remembered the dedication of Brother Anton De Roeper, FSC, in a memorial mass on Friday, 24 May 2019, in the Chapel of the Divine Child. Father Mamdouh Abu Sada presided over the memorial mass assisted by Father Peter DuBrul, Assistant Professor of Religious Studies. Brother Anton passed away […] 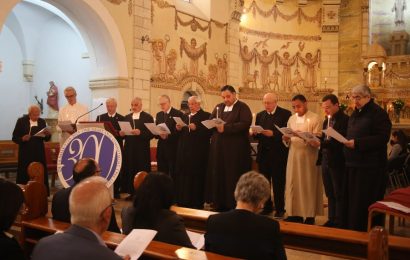 On 7 April 2019, Bethlehem University faculty, staff, and the De La Salle Christian Brothers commemorated the 300th anniversary of the death of Saint John Baptist De La Salle, the Founder of the Brothers of the Christian Schools and the Patron Saint of all teachers. The worldwide tercentenary campaign is titled “#300LaSalle: One Heart; One Commitment; […] 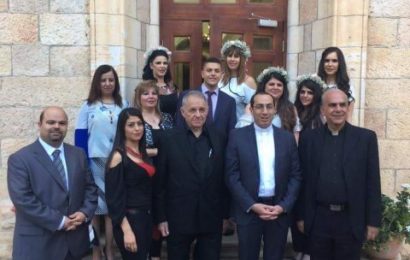 On Sunday, June 4, 2017, the Religious Studies Department at Bethlehem University held its 16th annual Mandate Mass for its graduates in the Chapel of the Divine Child. The mass was held to celebrate the graduates as they are about to begin their careers as religion teachers. Father Iyad Twal, Director General of the Latin […]